How to defeat populism?

The recipe for defeating the emotionally driven, but empty, populism now trending in Europe is the same as it has always been: Offer a better idea, actually believe it is better, and then take the time to explain to people why it is. 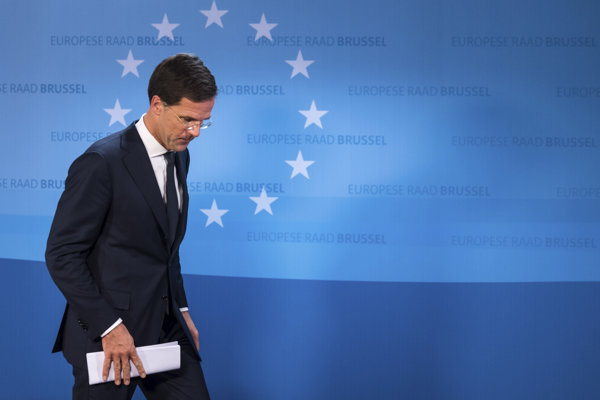 A strange thing is happening to Europe’s political mainstream. As politicians worry about nationalist and populist opponents, they are beginning to talk like them – a tactic that will almost certainly backfire.

This week, Mark Rutte, the Dutch prime minister, published an open letter in Dutch newspapers that targeted, “anti-social people… Who dump rubbish on the streets, and who spit on the conductors on the trains and trams.” Those who “refuse to adapt, and criticize our values” should “behave normally, or go away,” he added.

Meanwhile, taking a page from Donald Trump’s “America first” playbook, Czech Interior Minister Milan Chovanec said his country should conduct its own Brexit negotiations rather than wait for the EU process to unfold. “We should undertake an independent initiative with Great Britain and not wait for what Europe does,” he told Czech Television. (I am not sure how good a deal Mr. Chovanec is capable of getting, as he does not speak English, nor any foreign language…)

Both Mr. Rutte and Mr. Chovanec are appealing to populist sentiment ahead of elections. In the Netherlands, it’s about pulling voters from the bleach blond racist Geert Wilders. In the Czech Republic, it’s an attempt to attract supporters of President Miloš Zeman who might otherwise support Andrej Babiš’s rival ANO party in the fall. In both cases, it’s about being as populist as the populists.

You might recall, Prime Minister Robert Fico tried a similar tactic just last year. Worried about losing nationalist voters he spent six months scaring the public about the threat posed by refugees. It didn’t work. The result was to push voters right, and the Smer party lost 41 percent of their parliamentary seats.

Mr. Fico was trying to appeal to voters who were considering a vote for more extreme candidates – primarily the SNS but also Marian Kotleba’s thugs. But as was the case in Slovakia, this plan does not usually work out.

Instead, people like Mr. Rutte come off as an inauthentic, the worst thing you can be in today’s political climate. People see the rhetoric for exactly what it is, a calculated tactic designed to get votes, not something the politician actually believes in. Voters hate this, and worse yet, by using language similar to what Wilders and others use, Mr. Rutte makes that language mainstream. This makes Wilders seem a more reasonable choice. In short, Mr. Rutte exposes himself as a fraud in a suit while helping his opponent look more sensible.

In the end, engaging with populists on their own terms is a lot like surrendering. The recipe for defeating the emotionally driven, but empty, populism now trending in Europe is the same as it has always been: Offer a better idea, actually believe it is better, and then take the time to explain to people why it is.

In other words, actual politics not just campaigning.