Venice Commission to give opinion on judges in March 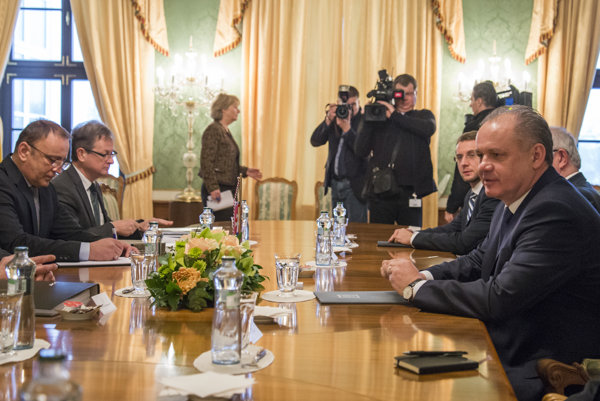 The Venice Commission’s opinion on the appointment of Slovak Constitutional Court judges should be made known in early March.

“I was invited to a meeting of the Venice Commission that should report its stance on the matter,” said Prezident Andrej Kiska’s advisor Ján Mazák at the Presidential Palace following talks with officials from the commission, as quoted by the TASR newswire. “This is due to take place on March 10-11.”

It would be better if the Slovak constitution contained explicit criteria for dealing with the requirements for constitutional judge candidates in line with European standards, he added. 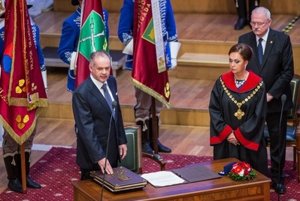 Meanwhile, the Venice Commission vice-chair, Christoph Grabenwarter, described the talks at the Presidential Palace as “very constructive and open, both at the political and technical levels, and with respect to expertise in constitutional law and justice”.

“My sole interest as Slovak president is to see skilled people at the Constitutional Court, which is such an important body for the state,” said Kiska, as quoted by TASR. “Unfortunately, we’ve reached a stalemate with parliament on the matter. Meanwhile, the Constitutional Court, by not providing an interpretation of the constitution as I asked for, didn’t help us to resolve this question.”

The 13-member plenum of the Constitutional Court lacks three members at the moment following Kiska’s decision in 2014 to appoint only one judge, Jana Baricová, out of six candidates presented by parliament, while claiming that the remaining five did not seem to be genuinely and deeply interested in constitutional law and were also lacking what he viewed as the necessary skills. 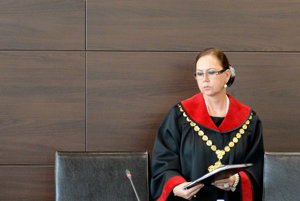 Two spots thus remained unoccupied, while another one became vacant in February 2016. Parliament proposed two candidates to fill the new vacancy – Mojmír Mamojka and Jana Laššáková – but Kiska also refused to appoint either of them, TASR wrote.

The Venice Commission, an advisory body of the Council of Europe, was created shortly after the fall of communism in central and eastern Europe. Composed of independent experts in the field of constitutional law, it was tasked with helping these countries with constitutional matters during their transition to democracy.