Bad habits or lack of opportunities?

It pays to spend some time looking for a good job - it might determine the person’s career for the rest of their life, expert says. 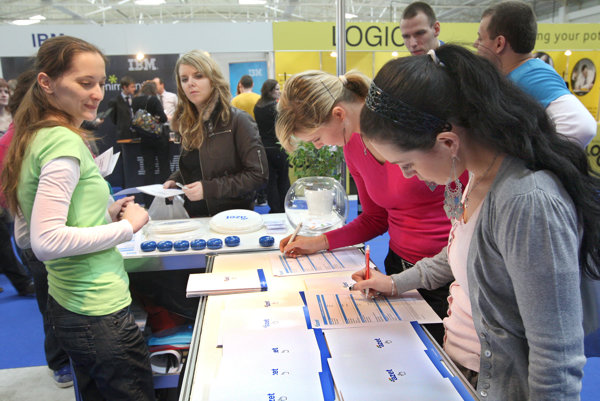 Are young people irresponsible and not used to working? While a recent analysis says such is the case, experts argue a more “human” approach to young jobseekers on the labour market would not hurt.

Numerous young people leave Slovakia to work or study abroad, but even those who stay are not interested in the jobs created for them. Such are the results from the final report of the Supreme Audit Office (NKÚ), which inspected the programmes aimed at promoting employment and reducing youth unemployment in Slovakia.

The Labour Ministry, however, argues that the office only inspected a small sample and that overall the projects, financed from the European Social Fund, helped decrease the unemployment rate among the young: as of the end of November 2016 there were 74,336 unemployed under 29 years of age. The number dropped by 43,987 between November 2012 and November 2015.

In 2015, the NKÚ inspected 12 companies that created 67 jobs from public funds. However, in the 18 months of the duration of the project, almost 100 people came and left the jobs.

“This high turnover of young people under 29 years was caused by a lack of interest of candidates to integrate into the working process,” the analysis reads, citing their inadequate high wage demands, bad habits and work ethic as reasons.

The ministry said that the NKÚ only looked at a small part of the created jobs, as overall it supported the creation of 12,781 jobs, with 86 percent sustainability by the end of the programme.

“We thus evaluate these projects very positively, they met with great feedback among the employers and in the European Commission,” the ministry told The Slovak Spectator.

Sociologist Zuzana Kusá from the Slovak Academy of Sciences also suggests that one should not be too quick to ascribe the situation to the simple lack of interest among the target group of young people.

While working with such a small sample, the findings cannot be used as a source of information to judge the behaviour of young people in general.

“We cannot generalise this specific experience on all or most of the unemployed youth,” she told The Slovak Spectator.

Another reason why this report should be viewed rather critically is that it lets only employers have their say, Kusá noted, adding that employers are not impartial in this matter and want to defend themselves, to explain a failure of the programme carried out with EU funds.

Monitoring how young people perceive these job offers would result in more information about how they see obstacles that may hinder them while working, according to Kusá.

“When it comes to the notions of bad habits and bad work, a kinder approach with interest in the person and their family situation would solve many things,” she said.

A more in-depth inquiry about the offered jobs and the way they are rewarded concerns everyone, not just youngsters, and such an inquiry is lacking, according to Michal Páleník from the nongovernmental Employment Institute.

“A person’s first job significantly influences their lifelong career,” Páleník told The Slovak Spectator. If a young man or woman takes up a poorly-paid precarious job, the probability that they will continue with bad jobs until the end of their working career increases. On the other hand, a good first job increases the probability that they will have good work until retiring.

“That is why it is good for young people, and for society, if they spend a reasonably long time looking for a good job,” Páleník explained.

Kusá would also have liked to see the projects be accompanied by a monitoring of how the young employees perceive their work and where they see possible obstacles.

“The research should have concerned the situation in the company too: are there people who help the young people to integrate, who are their mentors, who help them build relationships in the collective, etc,” Kusá said.

The Labour Ministry also ascribes the high unemployment among young people to the educational system, with insufficient development of technical education and a lack of interest in vocational training, said the ministry’s spokesperson Veronika Husárová, pointing to the dissonance between the labour market requirements and the education of graduates.

“Despite the high number of unemployed persons per vacancy, there are still professions lacking in qualified labour,” she stated.

The ministry recognises the urgent need for changes in secondary vocational education in Slovakia, especially in pairing an apprentice with a practise, according to Husárová. The dual education system, which was recently reintroduced, “should ensure smooth transition of secondary vocational school students to the labour market without the need of their further training,” Husarova said but admitted that the results are only to be seen in a few years’ time.

Páleník however points to another problem connected with the education system - the long-term unemployment of young people from segregated communities.

“The government hasn't done anything positive there,” Páleník told The Slovak Spectator.