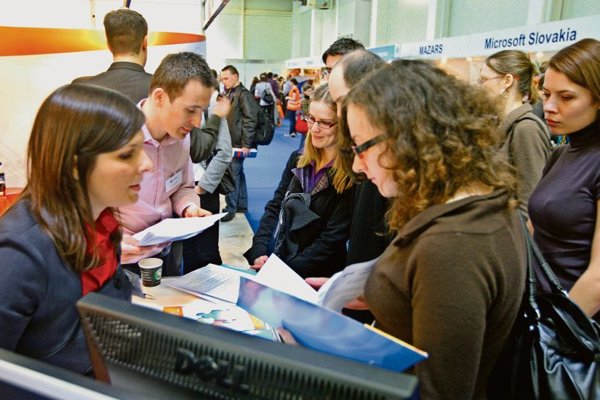 Salary matters, but it is not the only thing young people look for in their job-hunt.

Financial remuneration is the most motivating factor for more than one third of respondents in the survey about the employment of young people carried out by the Central Office of Labour, Social Affairs and Family (ÚPSVaR) in 2014. But employers who offer more than just a good salary are attractive for young jobseekers too, including benefits, a good training programme and having a mentor who can motivate them.

Employers do see some advantages of hiring a young unemployed person, as young people are more dynamic, flexible, and adaptable. So said 17.14 percent of the surveyed employers, while another slightly more than 17 percent responded that young people are good employees because they adjust well to the requirements of the company and are easily formed. More than a quarter of the employers said they consider an active approach to work as decisive in hiring a young unemployed person.

Employers usually want employees who do not require additional training to take up the job, because training means additional costs for the employer, ÚPSVaR noted. Employers tend to complain about the poor preparation of young people.

What discourages employers from hiring young jobseekers is their lack of experience (as stated by 16.9 percent in the survey),
but, more notably, their salary requirements (18.62 percent).

Young people coming to the labour market have high salary expectations, sociologist Zuzana Kusá from the Institute for Sociology of Slovak Academy of Sciences noted. Even those with the least qualifications can now compare the salary offered by a Slovak company with a similar one abroad, and thus they have higher expectations, she explained.

“It is not possible to start an independent life on minimum wage, to dress decently, rent accommodation, and so on,” she told The Slovak Spectator. Additionally, if people under 25 years of age live in one household with their unemployed parents, their salary may threaten the allowances that their parents receive.