Inspectors to focus on firms with foreign staff 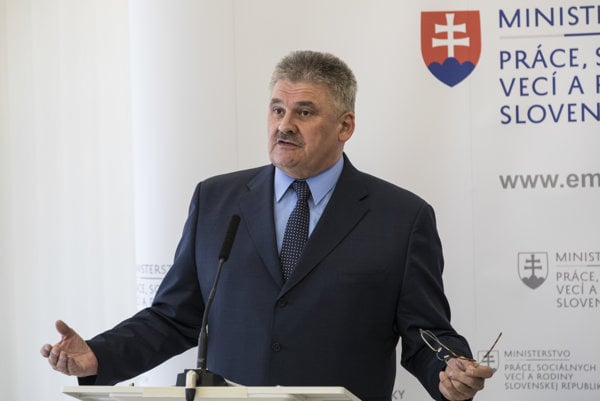 The Labour Ministry will pay more attention to companies with foreign staff. The decision comes in the wake of a recent report by a Serbian journalist who worked incognito for three months in allegedly dire conditions at the Samsung plant in Galanta (Trnava region), the TASR newswire reported.

“Inspections are being carried out routinely, but we’re now focusing mainly on companies with foreign staff, particularly from countries [outside the EU], as it seems that the problem there is the most pronounced,” said Labour Minister Ján Richter on February 20, as quoted by TASR.

Serbian reporter Dragan Krsnik, in a story published in weekly magazine Nedeljnik in mid-February, claimed that he had worked at Samsung in Galanta without a proper work permit in what he called slave-like conditions and for a woeful salary. Officially, close to 6,000 Serbian nationals currently work in Slovakia, most of them via staff leasing agencies.

The Labour Ministry wants to see foreigners working in Slovakia only legally and in conditions corresponding to the Slovak Labour Code, Richter said.

Having carried out checks at almost 24,000 companies last year, the ministry’s inspectorate discovered 1,331 companies that were employing almost 3,000 people illegally, including many foreigners: 138 Serbs, 51 Ukrainians, 16 Vietnamese and six Macedonians.

“Most of the violations, in some [companies] as many as 90 percent, concerned staff leasing agencies,” said Richter, as quoted by TASR, adding that such agencies will now become the focus of particular scrutiny.

Richter also announced that he is due to discuss the situation with Serbian Ambassador to Slovakia Šani Dermaku.

“There could be hundreds of Serbian nationals employed illegally in Slovakia,” the minister said, as quoted by TASR.

The two countries have signed agreements concerning social issues that could be expanded in order to encompass cooperation and exchange information between the Slovak and Serbian labour inspectorates, Richter noted.