People should benefit from stronger competition, faster and cheaper payments and higher security. 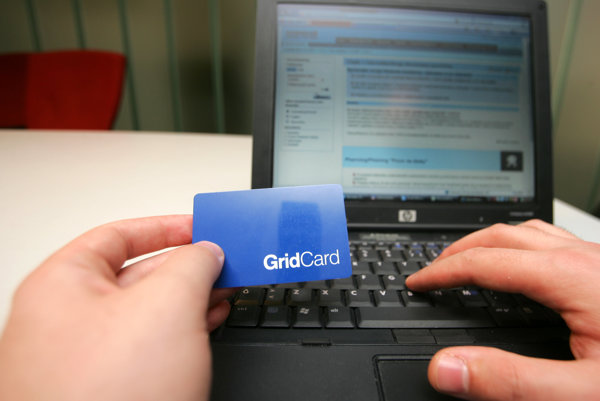 In recent years, consumers have been paying bills through the internet under the sole control and management of banks. However, such a rule may no longer apply as of 2018, as the e-payment market is now opening its doors for new entrants.

EU member states are currently working on national versions of the EU directive on payment services which aims at developing the internal market for e-payments, simplifying payments between countries similarly to the intra-country payment systems, and opening access to clients’ accounts for companies other than banks. Though experts widely accept new payment methods and ideas to reduce payment fees, questions have arose in the process of execution of the new rules.

“So far, nobody has dealt with handling individual connections to clients’ accounts, nor the question of who will determine safety standards,” Peter Géc, senior partner of the payment consulting company Infinity Consulting, told The Slovak Spectator.

While EU authorities adopted the Payment Service Directive (PSD2), which is the official name of the regulation, already in 2015, member countries must embed the package into their legislation by January 13, 2018. The Slovak draft law on payment services should appear in April 2017, the HNonline.sk website reported.

PSD2 introduces the possibility of so-called third parties, or new payment service providers, to access the accounts of banking clients. While thousands of registered payment institutions in the EU will have access to client accounts, clients will be able to manage their accounts and credit products from several banks through one internet banking app, said Géc.

Thereby the directive opens the market for technology companies interested in developing complex payment systems. The market will probably accept new big players, such as Google and Amazon, or smaller regional companies which will offer apps for effective management of multiple accounts, according to Maroš Ovčarik, executive director of the Finančný Kompas website.

“The entry of new players will not only reduce costs but also enhance the possibilities for managing accounts effectively,” Ovčarik told The Slovak Spectator.

The Slovak Bank Cards Association (ZBK) does not expect fair competition from third parties, as only banks will maintain payment accounts. On the contrary, banks can benefit from the opportunity to provide these services as well, said Zuzana Poláková of ZBK.

“The directive allows for more innovative development and increases the protection of clients, in particular in the area of internet payments,” Poláková told The Slovak Spectator.

Though analysts agree with the chance for banks to use attractive products to gain benefits from PSD2, the main benefits should be felt by consumers. Slovak consumers have gotten used to relatively fast inter-bank transfer of finances which the directive could potentially speed up to real-time transfer, according to Géc.

Géc pointed out that Slovaks abroad usually pay by card and these payments do not fall under new directive.

“However, if the entity which will offer acceleration or make payments cheaper was available in Slovakia, Slovak consumers would use its services more than classic bank payments,” Géc said.

All new measures should result in the faster rise of cashless payments and compete with cash or conventional credit cards, said Ovčarik.

In addition, consumers will benefit from greater protection based on strong authentication which requires payment verification by using more than two safety elements, according to Poláková.

“Internet payments will be safer than in times when people needed only card data for payment,” said Poláková.

For better safety, Slovak law should reduce client responsibility for unauthorised payments to €50 instead of the current €100, shorten the time limit for reclaiming payments from 30 to 15 days, and protect consumers against charges of higher amounts to a card than they actually pay, HNonline.sk wrote.

The new regulation derives from the original text of the directive PSD1, which became law in 2009. With this amendment, the EC is responding to a growing level of innovation in the payment services field, said Diana Brodnianska, spokeswoman of the Slovak Banking Association (SBA).

“The new directive mostly takes over and updates the regulations of the previous directive, while it emphasises strengthening of transparency, competitiveness and security of payments subject to consumer protection,” Brodnianska told The Slovak Spectator.

Martina Solčányiová, spokesperson of the National Bank of Slovakia (NBS), sees possible space for more innovative solutions and adjustment of business activities of new entities in the provision of payment services in future.

While PSD2 only creates a legal framework for changes in providing payment services, the EC has entrusted the European Banking Authority (EBA) with developing particular technical standards including rules on strong client authentification, secure communication, as well as 10 additional rules and guidelines, said Brodnianska.

A basic premise is that a local security authority grants licences and inspects an entity in terms of safety, said Géc, pointing to the National Security Authority as the likely supervisory authority in Slovakia.

Banks have to adapt

Slovak banks are currently weighing the potential impacts of the directive on their activities. They should be able to open up to third parties entitled to provide information and initiation services, said Poláková.

The vast majority of banks have owners outside of Slovakia who manage them according to their global strategies. Hence, they will wait for the activity of non-banking entities which will require access to the accounts of banking clients, according to Géc. Banks are facing the fact that clients may use electronic communication means other than theirs.

“The actual philosophy of internet banking in the entire central Europe came from the fact that no entity other than a bank dispenses with access to a client’s electronic account and communication with him,” Géc said.