How to learn science in a fun and easy way 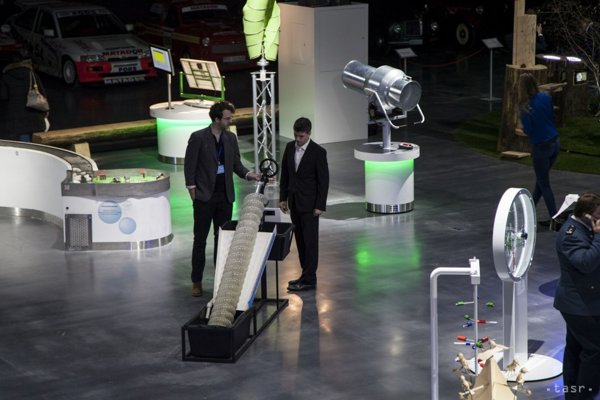 “The important thing is not to stop questioning.”

This quote from Albert Einstein became the motto of the adventure centre of science Aurelium, which opened in Bratislava in 2016.

The main idea of the centre is the popularisation of science so that everyone will learn something new and gain new experience and knowledge. The centre is a combination of school, museum and entertainment park, as stated on their website.

The name Aurelium origins from the first name of Aurel Stodola, a Slovak physician, technician and inventor of steam and gas turbines. He was a professor of Albert Einstein.

Every exposition offers several exhibits; in all Aurelium has about 50 different pieces to demonstrate various aspects of scientific knowledge. Most of them are interactive. Moreover, helpers are present to explain the principle of the experiment, if necessary. Part of the centre is also a 3D cinema. Admission is free.

Even though scientific adventure centres are popular in the Czech Republic, in Slovakia Aurelium belongs among the first ones. A similar centre is in Košice, Creative Steel Park.