It is hard to rehabilitate victims of socialist crimes and even harder to punish the people responsible for them, according to the Nation’s Memory Institute. 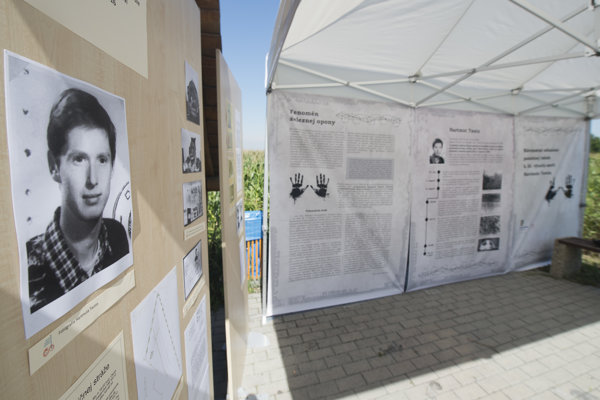 Hartmut Tautz was an 18-year-old clarinettist when he decided to cross the Slovak border into Austria in 1986 attempting to flee the oppressive socialist regime. He was caught by border guard dogs which mauled and savaged him. He died painfully after hours of agony and would probably have survived had the border guards sought immediate medical attention for him, according to the results of his autopsy.

After 31 years, Tautz is the first victim of the former socialist border called the Iron Curtain to be exonerated of the crime of crossing the border and his family should receive compensation. The Nation’ Memory Institute (ÚPN) see this as a ground-breaking decision.

However, when it comes to the punishment of socialist crimes, the ÚPN complains that the institution does not have the powers to launch criminal proceedings and Slovak courts seem to protect criminals rather than to bring them to justice. 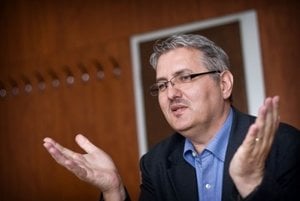 The politicians and people directly responsible for Tautz's death are not so difficult to track. The then-commander of the border brigade Viktor Gallo is currently a pensioner living in a family house in Devín not far from the border.

One of three officers of the brigade Viliam Švirk now works at a client centre of the Interior Ministry. Member of the border patrol Ivan Hirner, who released the dogs and later refused to provide Tautz with first aid, is employed at state firm, Army Forests Malacky.

When approached by the Denník N daily Hirner denied feeling any guilt for Tautz’s death.

“I was young, serving, swearing something to someone and didn’t have any choice,” Hirner told the daily.

ÚPN filed an official request with the General Prosecutor’s Office (GP) for charges to be brought in 42 cases of killings on Czechoslovak borders during the totalitarian regime, including Hartmut’s case in 2008. The GP denied them all saying that the patrols just obeyed orders; those crimes are not classified as crimes against humanity which means that now all of the cases are statute-barred.

“How is it possible that a communist totalitarian regime takes someone’s life, the state compensates his family and at the same time the judicial system stops criminal prosecution,” Ľubomír Morbacher of the Living Memory civic organisation told the Pravda daily, “thus it legitimates confidential regulations about using electric fences, freely attacking dogs; and refuses to punish the culprits.”

One of the reasons for this is that judges and prosecutors under the previous regime continued to be judges in democratic Slovakia. They have not been punished for their crimes and now they are protecting themselves, according to Neela Winkelmannová, director of the Platform of European Memory and Conscience, an NGO based in Czech Republic.

“We see that those people and former criminals created some sort of brotherhood,” Winkelmannová said during a discussion of public broadcaster Slovak Radio. 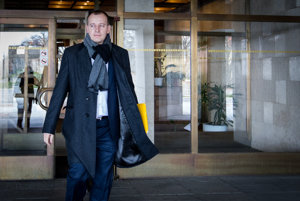 The ÚPN is also struggling with the case of the Czech Finance Minister (of Slovak origin) Andrej Babiš who sued the institute for having him registered and archived as a secret service (ŠtB) collaborator.

The ÚPN lost the dispute with Babiš in June 2015, after the Bratislava Regional Court confirmed the ruling of the district court.

The court allowed the testimonies of former ŠtB members Július Šuman, František Hakáč a Andrej Kuľha who said that Babiš did not cooperate with the secret service despite there being documents claiming that he had. The court also stated that many of the documents were destroyed and there is the presumption of innocence, thus the burden of proof is on the ÚPN.

The institute responded by saying that it is the ÚPN’s duty to create lists of ŠtB members and Babiš sued the ÚPN, not vice versa. There is proof that Babiš cooperated with the secret service several times providing information about people and joining in some of its activities. There were also contradictions among the ŠtB members’ testimonies, according to ÚPN.

Later, the Supreme Court in February 2017 also decided in favour of Babiš, therefore turning down the extraordinary appeal of the ÚPN.

For example, on its own initiative, the Supreme Court asked the Interior Ministry to exempt former ŠtB agents who testified in Babiš’s favour at the district court from the pledge of confidentiality.

“With such a move, the Supreme Court wanted to additionally rectify the illegal testimonies of these witnesses,” Krajňák told the press.

Justice Minister Lucia Žitňanská refused to comment on the case but stated that she is surprised by the Supreme Court's actions.

The court insists, however, that they would say the same even if the case was returned.

So far the ÚPN has published 4,135 names of ŠtB members and collaborative persons. The database also hints at the personnel composition and organisational structure of the secret service.

The database was finished in February 2017. The ÚPN is thus the first institution in the former communist countries of eastern Europe to publish a complete framework of secret service units of the communist regime between 1966 and 1989.

However, with current judicial practice, it is clear that there is an interest to make of the institution only a toothless office. Only a few people believe that ŠtB fabricated data of its collaborative persons, according to Krajňák.

“If we allow former ŠtB members to rewrite history in this way, let’s scrap the ÚPN,” Krajňák told Denník N.