We were joking before the trip, women from the first transport to Auschwitz recall

On March 25, Slovakia marked 75 years since the first transport of Jews to the Nazi concentration camp in Auschwitz. 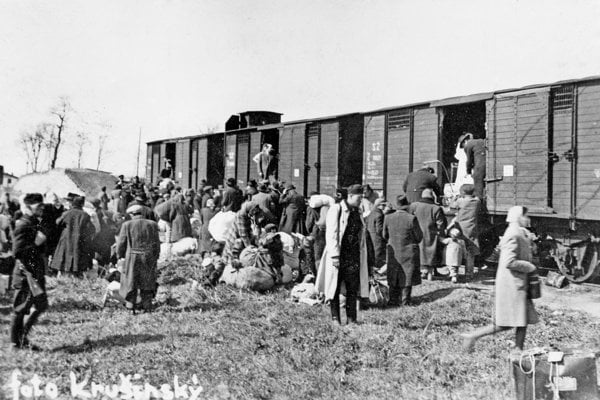 “You will not need those anymore,” a member of the paramilitary Hlinka Guards said to the young Jewish women when he took their earrings and gold chains. They were lying on straw in one of the houses in Poprad, waiting for the train that would taken them to a forced labour camp. They were not aware of the fact that they would in fact go to Auschwitz in a few days.

“At that point we still thought it was just a joke,” Laura Špániková, who was 20 years old back then, remembers.

Witnesses said that rumour had it that the transports would take people to work in Slovak factories.

The father of the then-18-year-old Edita Grosmanova thought so too. When her mother wanted her to escape from the forced labour camp to Hungary, he refused saying “it is a bad law, but it is the law”.

Grosmanova was taken to a school where the women met an SS officer and a doctor. She also remembers people were not scared back then, they were singing and joking while waiting in the school.

“The first scary feelings came when we were taken to the cattle cars,” Grosmanova said.

Both named women were part of the first transport of Jews from Slovakia to Auschwitz, 75 years ago. It departed from Poprad on March 25, 1945 at 20:20.

The train car was dark, the only light sifted through the cracks between the boards. Tens of women only had two buckets available. One for their physiological needs, another one with drinking water. It was hard for them to tell how long they travelled.

“We were hungry and cold. It was a terribly cold March,” one of the women from the transport says. She did not want to reveal her name, only her initials LD.

The first transports were mostly filled with young women, who had been used to menial work since their early years. It was somewhat easier for them to cope with the conditions in the trains, compared to people from later transports, among them pensioners and small children, says Martin Korčok, head of the Holocaust Museum in Sereď.

“For instance it was very hard for mothers to go to the toilet in front of their adolescent children, with other people present,” Korčok said.

The train at first headed for Žilina and Čadca. Only the next day at around 4 in the morning, did it cross the border to Poland near Skalité. In the afternoon it arrived at the concentration camp of Auschwitz-Birkenau.

999 young women stepped out of the train. One of them was sick and died during the trip.

The first thing they noticed in the camp was a big chimney at the side. The women whispered to each other that perhaps it was the factory where they would work. In reality it was the crematorium.

The wake up call came shortly after they got off the train. They had to leave their last possessions in the cars and were then taken for a checkup.

“It was terrifying. There was nobody around. Suddenly the SS officers came and shaved us all over our bodies, using just one razor. We lost the feeling of humanity,” Grosmanova said.

The women were also subjected to gynaecological examinations. Since they were unmarried young women, the doctors quickly found there was nothing to see and gave up on the checkups, Korčok says.

The women were given striped clothes and Dutch clogs that immediately scratched their skin. Some of them chose to carry them around in their hands rather than wearing them even though the ground was still ice-cold. 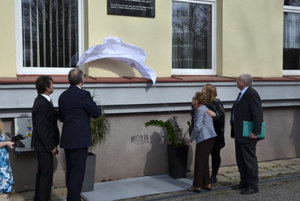 They soon learned not to show any signs of illness or weakness.

“Whoever did not march, was shot,” Špániková said.

Two sisters committed suicide during the very first week. They had diabetes but nobody cared about that in the camp. The first one jumped out of the window only three days after arrival.

Women in the camp were assigned menial labour; they were basically to build more room for future prisoners.

There was one big room that they could use as a toilet, contaiing a bench with holes in the middle. It served for some 50 women at a time. At times when thousands of girls had diarrhea, they had no option but to stand. 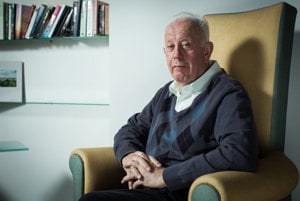 Read also: Holocaust survivor: We lived in a hole like rats Read more

In such an environment with poor nourishment, illnesses spread fast but the women knew that they had to get up in the morning and go to work at any cost. If they stayed behind at the block, they were automatically taken to block 25, for those sentenced to death, says Helena Weinwurmová.

Only 20 women from the first transport survived Auschwitz. They were freed in January 1945. They left on foot, without proper clothes. Špániková recalls how they hugged the Russian soldiers.

“It was wonderful. Nobody could believe it,” Špániková said.

Note: We have used the testimonies of women collected by the civic association EDAH and the Milan Simecka Foundation. 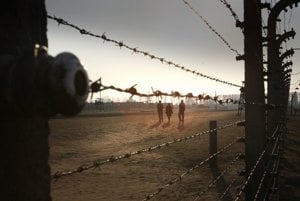 Read also: Never again; and not this time either Read more