The automotive industry should contribute to the economy’s growth.

Slovakia’s economy should increase by 3.2 percent this year. Next year, the gross domestic product is expected to rise by 4.2 percent, while in 2019 it should grow by 4.6 percent, mostly as a result of new investments in the automotive industry.

This stems from the latest mid-term prediction of the National Bank of Slovakia (NBS), the country’s central bank, introduced on March 28.

The stronger domestic consumption and export in the final quarter of 2016 compensated for the drop in investments, according to the NBS. The bank predicts that both exports and domestic consumption will continue increasing. Thanks to new investments in production in the automotive sector, a more significant GDP growth is expected for 2018 and 2019, said NBS governor Jozef Makúch, as reported by the TASR newswire.

As for the labour market, the dynamic creation of new jobs continues, particularly in services and industry. The NBS revised its previous prediction for employment growth upwards, to 2 percent this year.

The dynamics, however, are expected to gradually slow down. This will be the result of the tensions arising from the lack of a qualified labour force. The growing imbalance in the labour market should be partially slowed down by the increase in the hours worked, as well as the expected influx of foreign workers and an increasing share of participation, Makúch said, as reported by TASR. 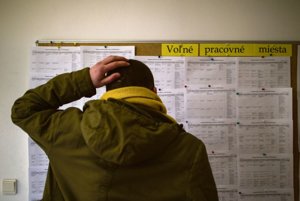 The unemployment rate is expected to drop and by the end of 2019 it should fall to its historically lowest level of 6.9 percent.

The NBS meanwhile revised the dynamics of wage growth upwards, mostly due to the expected developments in the labour market. The labour costs are expected to be reflected in price development, in the form of accelerated dynamics of prices, particularly of services and goods.

The central bank also increased its inflation prediction for 2018 to 2 percent and for 2019 to 2.1 percent. In 2017, consumer prices should rise by 1.4 percent, especially due to the growth in food prices and the gradually fading effect of lower VAT on selected foodstuffs, according to Makúch.

He also warned that the Slovak economy would slightly overheat next year. Thus he considers it appropriate to stabilise the economic environment by consolidating public finances. He recommends thinking about amending the constitutional law on budgetary responsibility, as reported by TASR.

The limits to expenditure and successful implementation of the Value for Money project should create sufficient sources for effective spending that would support long-term economic growth. To support potential economic production, it is necessary to accelerate the tempo of implementing the structural reforms, the NBS governor said.