Parliamentary committee to deal with Kiska's trip to Poland

Parliamentary committee for incompatibility of functions scrutinises the trip of President Andrej Kiska to Poland in early March, in response to claims that he took his daughter Natália and other private individuals with him on a government aircraft. 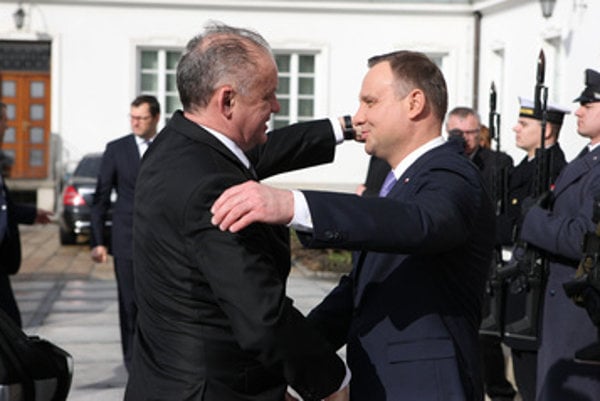 Moreover, Kiska allegedly participated in tapping the foundation stone of a future Polish skyscraper that is supposed to be built by the company HB Reavis, for which his daughter Natália, 26, is currently working, the TASR newswire learnt from the committee chairman Martin Poliačik (opposition Freedom and Solidarity/SaS party) on March 28.

The parties that have submitted the motion – coalition MPs from Smer and the Slovak National Party (SNS) – consider it to be “unacceptable” for the Slovak president to use government aircraft for private events and to take his daughter and other private individuals along with him. They view Kiska's actions as the cause of multiple conflicts of interest and the misuse of state money for personal and family purposes and benefit.

The spokesperson for Kiska's office, Roman Krpelan, stressed in response that the president was in Poland at the invitation of Polish President Andrzej Duda. He first attended a working meeting in Warsaw, and the following day the two presidents skied together at Zakopané ski resort in the High Tatra mountains.

“Tapping the foundation stone of the largest Slovak investment in Poland – the construction of the tallest building in central Europe – was part of the president's working programme,” Krpelan said, as cited by TASR. “During his trips abroad, the president often visits subsidiaries of Slovak companies, for example Soitron in Bulgaria and Seak Energetics in Israel,” he noted, adding that neither family members, nor private individuals formed part of Kiska's delegation in Poland. “None of the president's family members were in Poland during his visit to the country,” Krpelan stressed.