Coalition MPs officially ask the president to stop using government planes for private purposes, with a trip to Poland at the front and centre of the debate. 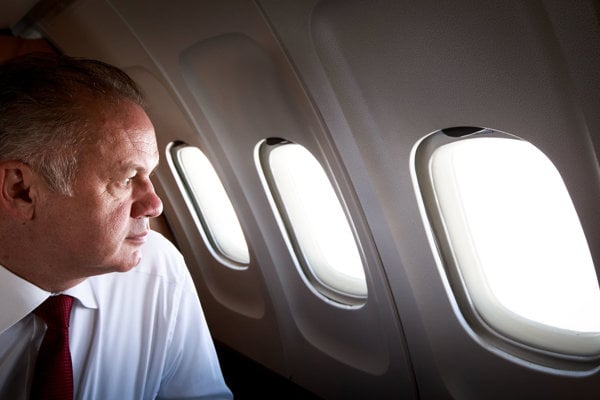 Parliament adopted a resolution officially asking President Andrej Kiska to stop using a government plane for his private flights. A total of 92 lawmakers raised their hands to support the resolution.

However, apart from the ruling coalition, only representatives of the extreme right ĽSNS party and three independent MPs voted for it. MPs of the opposition parties SaS, OĽaNO and Sme Rodina, while their leaders also criticised the president’s frequent flying, were largely against the resolution.

Many of his frequent private flights are to visit his family in Poprad, in the east of the republic, the Pravda daily wrote on April 5.

Kiska reacted already on April 3 by saying that "just like I respected the request of Interior Ministry to use the government air squadron at the beginning of my presidential term, so now I again respect the request of the Interior Minister to limit the use of the government air squadron”. He added that he would also like the Interior Minister Robert Kaliňák to respect his requests, concerning an earlier call on Kaliňák to leave his position due to the infamous scandal connecting him with the businessman Ladislav Bašternák.

Kaliňák denied the allegation that he had asked Kiska to use the state airplane for his trips as much as possible.

On April 4, the parliamentary committee for incompatibility of functions also decided that Kiska will have to explain his trip on a government plane to Poland, to which he allegedly took along his daughter and other private individuals, the TASR newswire wrote.

Kiska allegedly participated in tapping the foundation stone of a skyscraper that is to be built by a company called HB Reavis, for which his daughter Natália, aged 26, is currently working.

The submitters of the motion – coalition MPs from Smer and the Slovak National Party (SNS) – consider it to be “unacceptable” for the president to use government aircraft for private events and to take his daughter and other private individuals along. Not all the members of the committee were in agreement, however.

“This motion is inappropriate; I view it as a purely politically motivated play against the president of this state,” said committee chairman Martin Poliačik from the opposition Freedom and Solidarity (SaS) party. 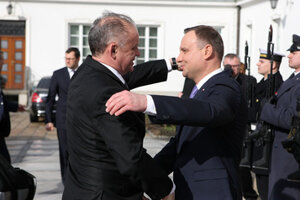 The President was in Poland at the invitation of Polish President Andrzej Duda, spokesperson of Kiska’s office, Roman Krpelan, said in response. He first attended a working meeting in Warsaw, and the following day the two presidents skied together at the Zakopané ski resort in the High Tatra mountains.

“Tapping the foundation stone of the largest Slovak investment in Poland – the construction of the tallest building in central Europe – formed part of the president’s working programme. During his trips abroad, the president often visits subsidiaries of Slovak companies, for example Soitron in Bulgaria and Seak Energetics in Israel,” Krpelan told TASR, adding that neither family members nor private individuals formed part of Kiska’s delegation in Poland.

The Poland flight issue has been opened by Smer MPs amid highly publicised accusations that the president abuses the government air squadron too eagerly, even for private flights.