Slovakia does not want Soros’ uni

After a new law passed in Hungary, the Central European University may have to leave the country – but it is unlikely to move to Slovakia. 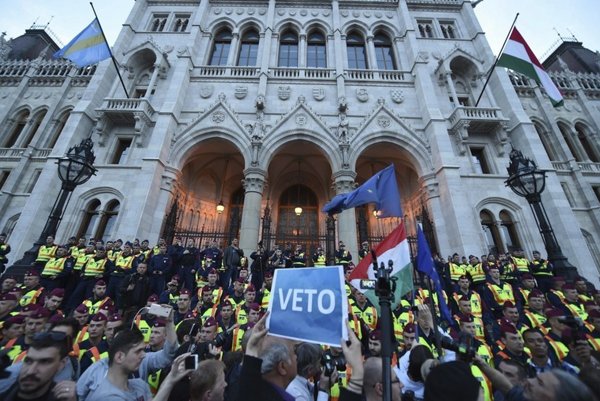 Protest in support of the CEU in Budapest. (Source: TASR/AP)
Font size:A-|A+

The region’s leading university’s possibly forced departure from Budapest could be a chance for another country in the region to become the home of this top educational institution. Slovakia, however, does not seem to be interested, the Sme daily wrote on April 6.

The Central European University (CEU) was co-founded by George Soros in 1991 and situated in Budapest as graduate-level institution. Recent legislative activity of the Hungarian government of Viktor Orban may force the university to look for a home elsewhere, if all other possibilities that the university’s management is considering fail. The new law on foreign universities, also dubbed the “lex CEU”, is believed to be directed against this particular institution.

Several VIPs of Slovakia’s public life have published a call on the president and the government to try and get the CEU move to Slovakia.

“We call on you to approach the CEU and its founder George Soros with the proposal to relocate it to Bratislava, as an expression of the will to preserve its activities in an unfavourable situation,” the letter reads as quoted by Sme.

But none of the Slovak officials have responded positively to the call, the daily writes. The Education Ministry merely responded that it is an internal affair of the CEU and it has no reason to interfere with it. They failed to answer Sme’s question whether the ministry would be interested in having the CEU move to Slovakia.

Unlike Slovakia, the Czech Republic, Austria, and Lithuania have extended an invitation to the CEU, which is one of the world’s 350 best universities based on the World University Rankings 2017, while Slovakia’s best, Comenius University, ranks 300 places lower.

Expert on education Renáta Králiková, who is a CEU alumna, believes it would be the best thing for science and education in Slovakia to have the CEU here. Such a school brings hundreds of millions of euros from EU grants and attracts top researchers, she noted.

“Instead we attract various assembly halls that do not contribute to increasing the competitiveness of Slovakia that much at any price,” she told Sme and added that the presence of a school like CEU in Slovakia would halt also the brain drain that the country is facing.

Slovakia had been considered as a location for the CEU when it was founded 25 years ago, when George Soros addressed the government with the offer. But the wave of nationalism and anti-Hungarian and anti-Jewish sentiments that was running through Slovakia forced him to scrap the idea, Sme wrote.