Mortgage state bonus: How the young can cut their living costs

Banks granted more mortgages in 2016, including mortgages with bonus for young home-buyers. 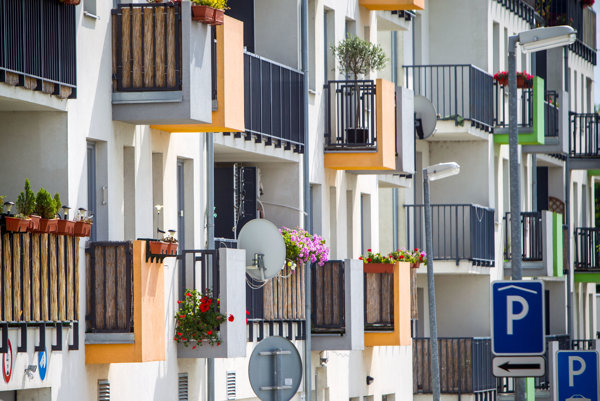 When young adults attempt to fly the nest, they usually find that the price of living is several times higher than what they can really afford. For most people, mortgages - and thus payments for decades - are a necessity to start living on his or her own.

“The real estate boom has had an impact on the age group to 35,” said spokesperson of Tatra bank Zuzana Povodová, as quoted by the TASR newswire. Over the past year, the number of young claimants grew by 16 percent, compared to the previous season, she added. The biggest interest in mortgages is in the Bratislava region, mainly in the capital itself, according to bank information.

Last year in 2016, the Slovenská Sporiteľňa Bank granted more loans to people under 35 last than in 2015 by a fifth .

At the VÚB bank, 17 percent of all the granted mortgages came with the state bonus, according to Angelika Farkašová, the head of the loan product department of VÚB.

The state bonus is part of the so-called “mortgage for the youth”. It is available to clients aged 18 to 35 and it stands for 3 percent of the interest rate, but to a maximum €50,000. That means that the interest rate of the bank-approved mortgage will be lowered by 3 percent, but only in the first five years of repayment.

The Finance Ministry last year noted 71,602 contracts concerning mortgages with a claim to the state bonus for youth. The cost for the bonus of young mortgage recipients was almost €30 million last year.

“In the season from April to the end of June, mortgages are available for a wide scale of people,” said the ČSOB bank spokesperson Anna Jamborová, as quoted by the Sme daily.

When deciding on whether to grant a mortgage, banks consider the average salary of the last quarter of the previous year and then update every quarter; salaries are usually the highest at the end of the year due to year-end rewards and bonuses, Jamborová explained.

Beginning in April, mortgages for young people will be even more accessible because the salary limit will increase to €1,287 euros, which is €131.30 euros more than now, although it is expected to back down to some €1,160.

Slovaks are very keen on owning their residence, in contrast to some western countries where renting is more popular. Nine out of 10 Slovaks own their own property, TASR reported in December 2016.

The motive for purchasing one’s own house or flat is clear as Slovaks consider having property as one of the greatest certainties, said Maroš Ďurik, executive director of the Across Private Investments company.

Moreover, the labour market also supports this mentality as Slovaks are not forced, nor used to having to commute for work. Owning the real estate, therefore, is not a burden for them. Also the emotional factor of owning one’s own house is important, as reported by TASR.

While some experts believe that buying real estate is a useless burden, others argue that it is a good investment of money.

The Finance Ministry is preparing to change the system of mortgage support for youth from direct to indirect. It will take the form of a deductible sum from taxes.

“The aim of the reform is to lessen and make more efficient the administration of offering state support for youth,” stated the Finance Ministry, as quoted by TASR. The change should come into force in 2018.