The German carmaker has invested €1.9 billion in Bratislava over the last five years. 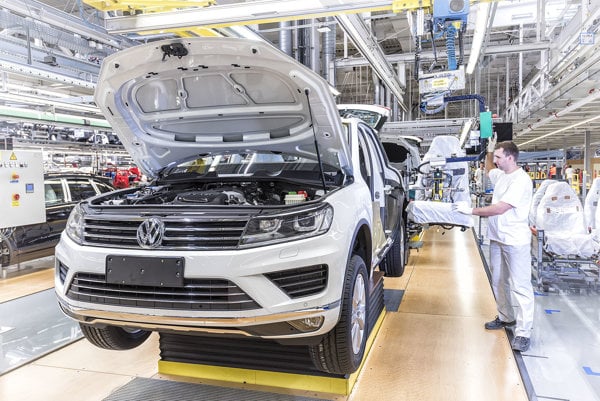 Volkswagen Slovakia (VW SK) had a good year in 2016, as the carmaker posted its best results ever in several regards, company representatives informed at the annual press conference on April 12. Having risen by 5.1 percent on the year, turnover reached a new record of €7.6 billion last year. VW SK’s profit before tax reached €234.1 million.

“In 2017 we will focus on preparation for the launch of new products and finishing investment projects,” said VW SK CEO Ralf Sacht. 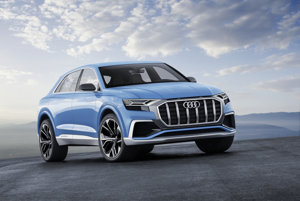 Read also:New SUV Audi Q8 to be produced only in Bratislava Read more

The plant in Bratislava produced 388,697 vehicles last year. Of these 220,908 were SUVs. While the number of cars produced was some thousands of vehicles lower than in 2016, Sacht sees this as a common oscillation in production. The plan has not felt any impact from diesel gate, in his words.

The plant further manufactured 263,700 gearboxes while the plant in Martin (Žilina Region) produced 33.3 million car parts and the facility in Stupava near Bratislava, manufactured 21,000 tools for car production.

The company also wrapped up its five-year investment programme last year, having spent €1.9 billion from its start in 2012. The figure represents one-half of the plant’s aggregate investments over the 25 years of its existence.

The investments reached their apex last year, soaring by 33 percent annually to reach €550.7 million. In the wake of the investments, the company hired an additional 1,500 employees last year, increasing staff levels to 12,300. Thus the company has become the biggest private employer in Slovakia.

In this connection, VW SK board member for personnel issues, Eric Reuting, heralded the hiring of another several hundred people in 2017. He added that the company is planning to hire people from Slovakia only, rather than bring in foreign workers.

The carmaker’s plant in Bratislava, in particular, saw an upsurge in investment activity in the past two years, as a press shop and a vehicle body shop for the Audi Q7 were put into operation. Two new production halls are now home to robot automation and other equipment following an investment worth €1.5 billion. An additional €400 million was spent on other projects.

No such huge investment projects are planned for the near future.