Slovak Ambassador in London became European Diplomat of the Year

Ľubomír Rehák won the poll of the London-based magazine Diplomat. The Slovak ambassador to the United Kingdom, Rehák, became the European Diplomat of the Year on April 24. 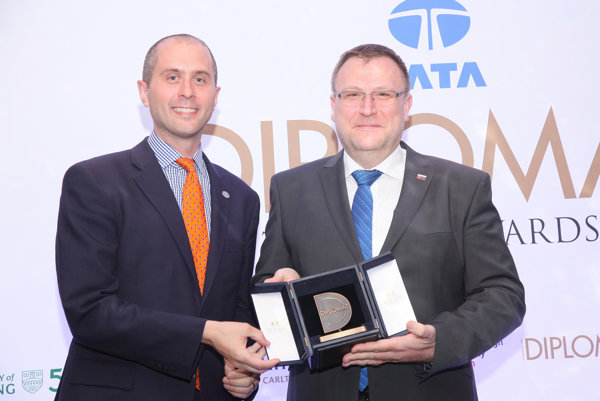 “For me, winning the award means not only appreciation of my work, but of activities of the entire Slovak Embassy in London,” ambassador Rehák commented, as quoted by the SITA newswire. “I think that the award reflects positive evaluation of Slovakia’s presidency in the EU Council in the second half of 2016 which was especially difficult in London after the United Kingdom decided in the referendum to leave the EU.”

It was the ninth annual awards ceremony in ten categories based on votes of over 20,000-member diplomatic corps from more than 180 diplomatic missions based in London, the press department of the Slovak Foreign Ministry informed. The host of the event, BBC Diplomatic Correspondent James Landale, likened the winner of the ‘Distinguished Contribution to Diplomacy in London’ award, to “those pop-stars or politicians that everyone knows by their first name”. The awards were bestowed according to different regions, and Ľubomír Rehák became the 2017 TATA Diplomat of the Year from Europe, organisers wrote.

He was born in 1970 in Topoľčany, started working at the Foreign Ministry beginning 1990s, and worked as diplomat in Moscow, Lisbon, Minsk, Brussels and Astana. In 2015, he was appointed the extraordinary and plenipotentiary ambassador at the Court of St James’s, meaning effectively for the United Kingdom of Great Britain and Northern Ireland. 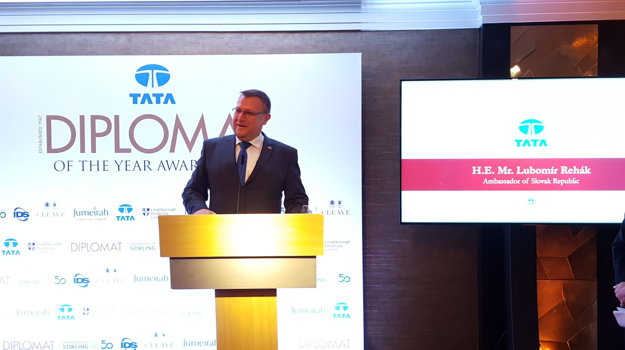