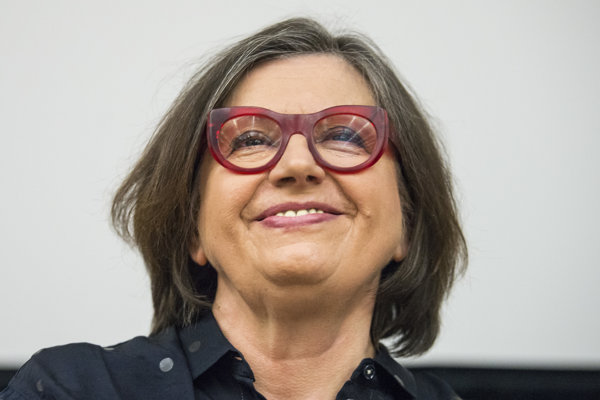 Czech director Bohdan Sláma wrote a story about a woman who brought up selfish sons, as she did not respect herself and subordinated herself to her family, the Sme daily reported.

The award was given by Alessandro Nivola and Willem Dafoe, on behalf of the jury. Moreover, the winner received $2,500.

“A screenplay can create a world,” reads the jury’s comment. “With warmth and humour, this movie leads us into a specific and eccentric world driven by an unlikely love story.”

The name of the film is derived from cold water and cold water swimmers. The main hero, a retired widow, meets with a cold water swimmer and she also starts swimming in cold water. At first, it is because she wants to learn more about the man, but later she realises the symbolic meaning of this activity.

Her sons, however, do not welcome her hobby as she is not as devoted to them as she used to be. The new situation creates an opportunity for them to mature, as both of them are in their forties, Sme wrote.

Sláma thus offers two strong generation messages in one piece, according to the daily.

The film was created in co-production with Slovakia, as producers Marko Škop and Ján Meliš from the company Artileria worked on it.

Tribeca Film Festival was established by Robert De Niro in 2002. It is a spring festival in Lower Manhattan.