Apart from individual taste, period trends or class, clothing is also connected to economic history, politics and the culture of a specific country, said Zuzana Šidlíková, co-curator of the exhibition recently opened in the Slovak National Gallery. 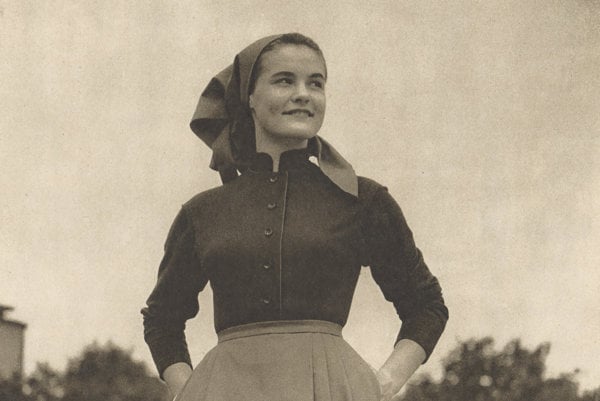 She added that therefore perception of fashion is also composed of several layers.

Sew Long! Fashion in Slovakia 1945 – 1989 can be visited at the Esterházy Palace of SNG in Bratislava until August 20. It displays communist-era fashion models, designs, patterns, fashion photography, as well as fashion and design magazines. These include, however, criticism of the “rotten West” and its capitalism, especially in the 1950s, while in 1960s there was a brief period of “political thawing” that ended after August 1968. Later, though, the situation started being more open towards the outside world, including capitalist countries, in the 1980s. 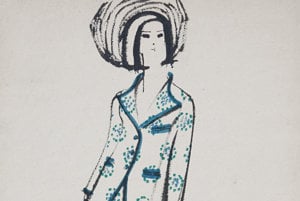 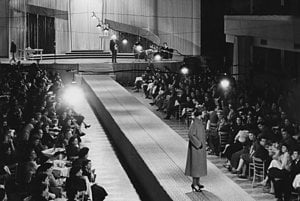 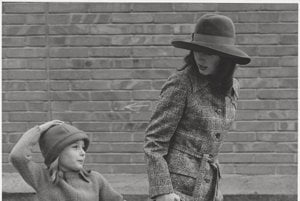 Sew Long! exhibition in the SNG looks back at fashion styles during communist times (4 photos)

In the first years of communism, this political system – in practice socialism – was hailed opposed to capitalism, and its sober clothing style, in which the practical side was much more important than the aesthetic one, was stressed. Another important feature was also the effort to unite the image and impose the unified look, while “not getting out of the rut”, instead of attempting individual expression. This was, again, stronger in the 1950s than in the later era of communism.

Pros and cons of clothing trends in communism

In Slovaks, the exhibition on the 2 nd floor of the Esterházy palace can evoke nostalgia, while others can be reminded that oppression can have various forms, including forced outer uniformity.

On the other hand, it also shows how numerous and fruitful Slovak clothing plants used to be –and how little has remained. Some fashion studios have partially remained – together with individual designers – from the pre-World-War-II boom; others were established later, in the already freer years of communism.

These factories secured the self-sufficiency of Czechoslovakia in clothing, while also offering dozens of thousands of jobs. After the fall of the communist regime, both these factors got lost.

For example, in 1981, Czechoslovakia got a license for producing the famous Cooper jeans and some time later, the country really became their producer.

As for fashion shows, also captured in this exhibition, there were some international ones presenting Paris fashion in the 1940s when there was still hope that the tradition of old, renowned Czechoslovak fashion houses could be continued. After a longer break, there was a single show of Christian Dior designs, in 1966 in Bratislava. After that, “western fashion” could be shown publicly only after the 1989 fall of communism.

The “prêt-à-porter” clothes, quite limited and uniform, not always satisfying for connoisseurs or fashion freaks, indirectly forced other forms of fashion, quite typical for communism. Several generations of women learned to sew, knit and embroider, and were quite inventive in this. This phenomenon was also supported by the offer of ready-made patterns, as well as a service when patterns were made for a small amount of money on order.

For some time ready-made clothing and home-sewn clothes were the norm, until a few studios started offering custom tailoring. Later in the 1980s, especially in the Slovak part of Czechoslovakia, professional fashion designers started creating clothing lines.

Fashion artefacts in the display have been gathered by archive documents from individual plants, period documents, films, fashion journalism, promotional materials, as well as fashion photography.

In their research, curators – fashion historian of the fashion and textile collection of the Slovak Design Centre – Slovak Museum of Design (SCD-SMD), Zuzana Šidlíková, and Viera Kleinová of SNG – said they discovered designers, producers, tailors and even photographers who have remained unknown and anonymous until now, as well as some inventive national fashion media.

The SCD-SMD clothing collection represents the core of clothes presented in the exhibition, while artefacts from other galleries, museums and archives, as well as libraries and private borrowings, complete the offer.

The exhibition, lasting for almost five months, includes accompanying events, including a sewing course, and a guided tour in English on May 7.

There are several leaflets and booklets, also in English, accompanying the exhibition; but there is a separate bilingual book called Lost (m)ODE – Clothing Culture in Slovakia from 1945 to 1989, which appeared in cooperation between the Slovart publishing house and the Academy of Fine Arts (VŠVU). Both the exhibition and the book are the result of research and collection activity of Šidlíková.