Reconstruction of the Slovak National Gallery goes on

After completion, it will offer top exhibition spaces, a library, a multifunctional cinema hall, cafés and a lot of free public space. 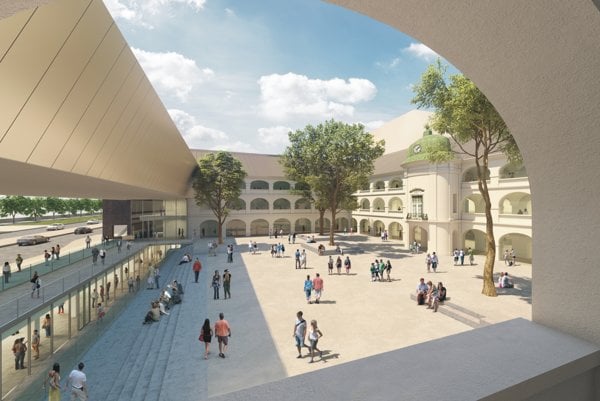 Works on a complete overhaul of the Slovak National Gallery (SNG), the most prominent state institution of visual art in Slovakia, is continuing. While Slovakia’s EU presidency slowed works a bit as the SNG’s premises are near Reduta which hosted most of the events related to it, now they have speeded up again. The renewed premises, at least in part, should be ready to welcome visitors again within two years.

“We yearn to open at least some part at that time,” said Alexandra Kusá, general director of the SNG, when showing the current premises, now turned into a construction site, to journalists. In total five buildings are being rebuilt and only the Esterhazy Palace has remained open.

While demolition works dominated during the first year of the project, launched in early 2016, now new spaces are gradually becoming exposed. The future main entrance hall already has a new ceiling while generous staircases, which will lead to exhibition premises on the upper floors of the baroque Water Barracks, are under construction. The brand new storage building that will keep all the works of art owned by the SNG, is also gradually rising. The courtyard of the Water Barracks was flattened when the mound from its centre, colloquially called the grave at the SNG, was removed. 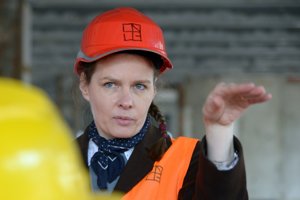 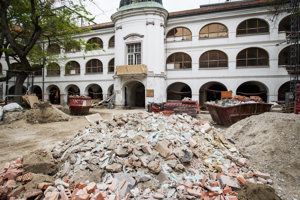 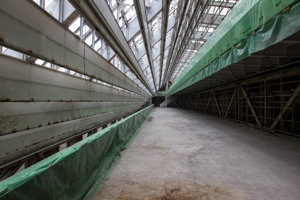 Works underway at the SNG (17 photos)

The idea is to make the ground floor of the whole complex of the SNG’s premises in Bratislava accessible to the public free of charge with the aim of making the SNG an even more open institution.

“After the reconstruction we want to be more than a public institution,” said Kusá. “We would like to be an institution for the public.” 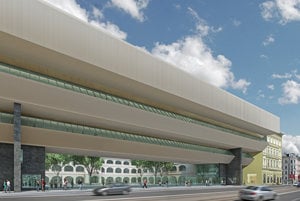 When planning the reconstruction and the details of the following operation, they looked at top world galleries like the Tate Modern in London and the Museums Quartier in Vienna.

From Hviezdoslavo Square via the Carlton to the SNG

The reconstruction of the SNG’s premises will make the whole area transitional in several directions. After the project is over, people should be able to enter the gallery directly from Hviezdoslavolo Square via the Carlton Hotel. The SNG also wants to enable the connection of Štúrovo Square with Lodná Street through its premises.

“People will be able to take a shortcut via the SNG and avoid the tourist-filled streets of the Old Town,” said Kusá.

The so-called bridging, the modern extension of the gallery connecting two wings of the Water Barracks above the ground, is perceived somewhat controversially by the Slovak general public but Kusá believes that by making it functional it will also become more acceptable. 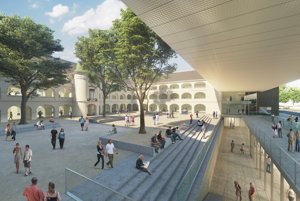 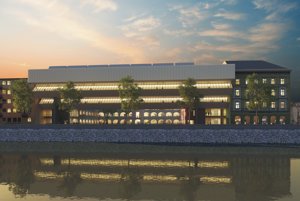 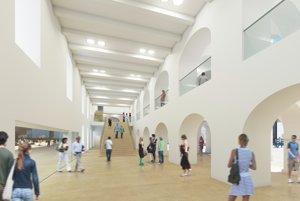 Visualisation of the reconstructed SNG (8 photos)

During the reconstruction, the bridging will be fitted with large panoramic windows,” said Kusá, adding that while the gallery remains on the Danube’s embankment, visitors will have a chance to enjoy the view of the river.

The final colour of the bridging, now in red and white, has not been selected yet, but it will be a golden tone. Originally the architect, Dedeček, planned golden mosaic for the outer covering of the bridging.

The SNG in Bratislava

The premises of the SNG on the Danube embankment in Bratislava, consist of the Esterházy Palace (which underwent reconstruction some years ago) the baroque Water Barracks and a modern extension designed by Dedeček from the 1970s. As well as the bridging, this included administrative premises with workshops and an amphitheatre. However, his project has never been completed and thus, for example, a main entrance to the premises has never been built. These were some of the challenges with which the authors of the current rebuilding of the SNG had to contend with when drawing up their project. 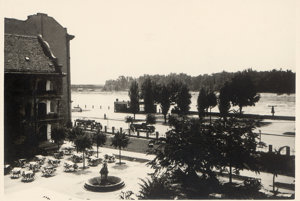 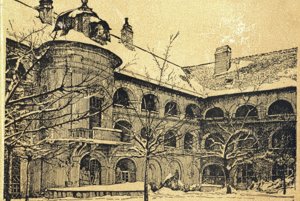 Historical photos of the SNG (2 photos)

The reconstruction of the SNG is planned to cost almost €50 million, of which about €5.5 million have been spent so far.