Students working in students’ radios have a chance to show their skills every year. 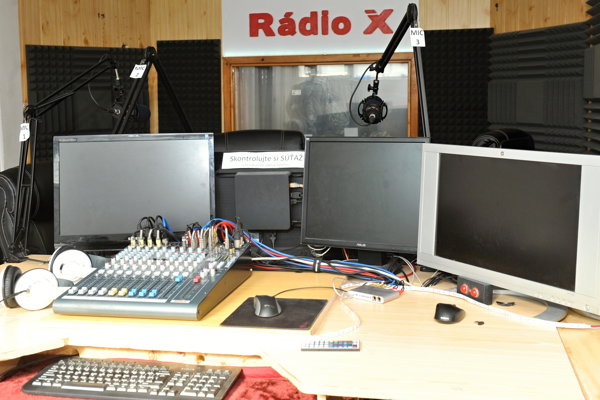 Not only students at journalism schools can become passionate about radio broadcasting. In Slovakia, about a dozen Boarding Radio Studios (IRŠ) meet every year at the Radiorallye competition to prove that they could easily stand against professional presenters.

About 150 young people from 12 IRŠ are nominated to the competition with together 198 radio recordings in ten different categories, including live broadcasting. All the recordings, over 10 hrs worth, are listened to and evaluated. This year radio ŠtuRKO from Košice won, successfully defending the title from last year.

Student radio productions are evaluated by professionals from Slovak and Czech radios, whether commercial or public.

“Students are creative and funny. News were prepared with high quality, they could be broadcast immediately in any professional radio,” said Oľga Džupinková, of Slovak commercial radio Rádio Expres, who was also part of the jury. She added that the Radiorallye competition is proof that competition is growing in the radio world.

Radiorallye came into being in 2004. Ľuboš Kasala, who attended the competition Amateur Sound Recording in the 1990s, came up with the idea.

“I wanted to renew this competition so I asked the functioning IRŠ and we organized the first competition in Košice,” said Kasala currently working for RTVS, founder of the competition, for The Slovak Spectator.

Since then, the competition has moved every year from university to university. Three years ago, radio stations from the Czech Republic were invited to Radiorallye. About 12 IRŠ, two of them from Czech Republic, meet every year.

Professional judges are sometimes surprised by the high quality of the IRŠ.