It's not your Slovakia, Bystrica protesters told Kotleba

President Andrej Kiska spoke to the crowd at the protest gathering, asking Slovaks what kind of country they want to have. 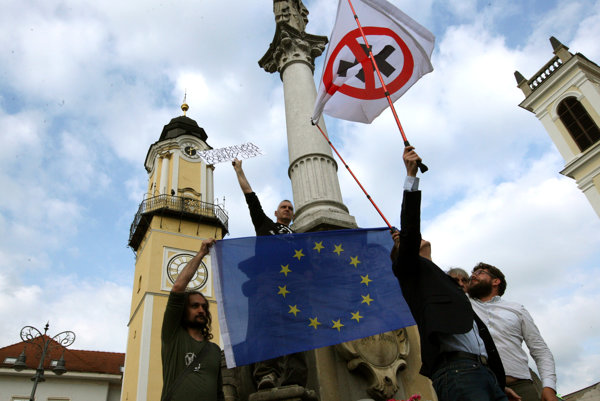 Hundreds of people gathered in front of the office of the Banská Bystrica Regional Governor Marian Kotleba, to protest against the ideology he represents.

"Even if they put in the name of their party that this Slovakia is theirs, in reality it belongs to all of us," blogger Ján Benčík said in his speech to the crowd. "But Slovakia is not yours, make no mistake, we are not leaving it to you."

The gathering in Banská Bystrica is the highlight of the Forgotten Slovakia string of gatherings that journalist Andrej Bán and activist Michal Karako organised around Slovakia, mostly in the poorer parts of the country, where Kotleba's party scored in the parliamentary elections. 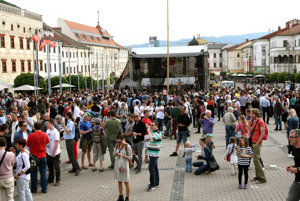 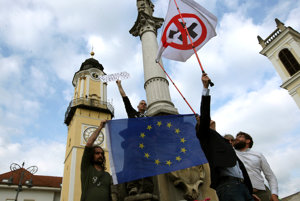 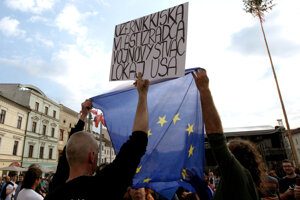 President Andrej Kiska came to address the crowd in Banská Bystrica as well and asked what kind of country Slovaks want for themselves and their children.

"An open, modern, and friendly one, or one full of hate?" he said as quoted by the Sme daily. He stated that everyone needs to stand up against extremism: the church needs to fight against the abuse of religion to spread hate, the police must secure order, state bureaucrats must really work for the people, teachers must instil values and politicians must return people's trust in the state and lose the misconception that their post is a tool to gain power and wealth.

"I support the police intervention against the politicians of the People's Party - Our Slovakia," Kiska said.

People who addressed the crowd included the Holocaust survivors, like doctor Pavel Traubner, or Olympic winner Matej Tóth who admitted that he too in the past harboured opinions that he now considers wrong and perhaps extremist.

"I too used to say that those who live in Slovakia should speak Slovak," he admitted as he spoke to the crowd, as quoted by Sme. But later he changed his mind, also thanks to his travels around the world. "I have realised that a Hungarian may often be a better person than any nationalist from Žilina. It is always about the concrete person."