EU roaming fees to end on June 15 – in theory

Slovak customers still waiting to find out how mobile operators will implement change. 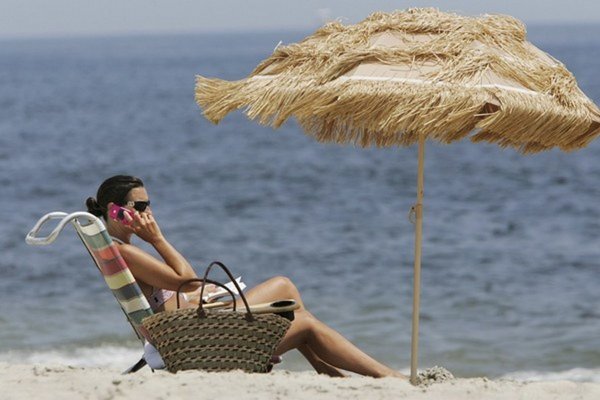 Following a series of staged cuts to mobile roaming charge, holidaymakers and short-term travellers will be able to enjoy mobile phone roaming free of extra charges across Europe from 15 June, according to a new EU regulation. This should mean that they can make calls, send text messages and use data when abroad under the same conditions as in their home country. But exactly how Slovak operators will implement the new rules is still unclear, just days before the change comes into effect.

Slovak mobile operators are among those preparing to implement the European Commission’s (EC) regulation on roaming into their products, with two aims in mind: to make sure they comply; and to avoid losses.

The Slovakia's Regulatory Office for Electronic Communication and Postal Services (RÚ) has warned that it will monitor operators closely and impose heavy fines on those who do not comply with the regulation. If an operator violates the regulation, it can face a fine of 5 percent of its turnover for the previous accounting period.

Orange Slovensko, one of the biggest mobile operators in Slovakia, on May 18 introduced a new product line under the name Orange Go. In the cheaper products marketed under this brand, it offers a small amount of free data – 0.1 GB (100 MB) per month – while in the more expensive products it offers ‘bonus’ data that can be used without additional fees only in Slovakia. Elsewhere in the European Union, users will have to pay an extra €0.009 per megabyte, i.e. €9.00 per gigabyte.

Orange’s move provoked immediate criticism from customers, while experts have described it as an effort to avoid the new regulation.

The EC has also taken a clear stance on this.

“Such an approach would indicate a clear avoidance of the rules, for which there is no justification in the regulation,” Jana Cappello from the EC representation office told the private broadcaster TV Markíza.

Orange denies claims that it is trying to avoid the new rule, stating that it is not possible to avoid a regulation that is not effective yet. It is promising to fully observe the regulation as of June 15 and that it is in close contact with representatives of the EU responsible for the regulation of roaming in order to implement the regulation properly in all its products.

“We will announce all the offers that will be valid after June 15,” said Alexandra Piskunová, spokesperson for Orange Slovensko.

In the Slovak mobile market, Orange’s offer is seen as a kind of a guinea pig, testing mobile operators’ room to manoeuvre within the terms of the regulation. The remaining operators remain relatively tight-lipped about how they will adapt their own products to the new regulation.

“Our roaming offer will respect the regulation that the EU introduces,” said Tereza Molnár, spokesperson for O2.

O2 says that as the regulation represents a relatively big change, and will affect products across its portfolio, it is still preparing to implement it. It promises to inform customers about detailed changes, but points out that the regulation will increase O2’s costs.

“[The regulation] cancels roaming fees for customers but not for us,” said Molnár. “Thus, operators will continue to pay fees to foreign operators when their customers use their networks.”

O2 also points to a certain disproportionality between European countries. While operators in Mediterranean countries, which enjoy a net inflow of tourists every year, will tend to benefit from roaming because they will receive fees from operators from other countries, countries that welcome fewer tourists will lose out.

“Unfortunately, Slovakia belongs among those countries in which the number of outgoing tourists exceeds the incoming figure,” said Molnár. “Thus, Slovak mobile operators will pay more to foreign operators for their customers roaming abroad than they receive from the roaming customers of other operators who visit Slovakia.”

Slovak Telekom promises to explain how its individual services and products will operate in the coming weeks, prior to the regulation entering into force, according to its spokesperson Michal Korec.

Meanwhile. the newest mobile operator, 4ka, promises that its customers will be able to continue to make calls, send text messages and use data in the EU for €0.04 per megabyte (equivalent to €40.00 per gigabyte), without paying any additional fees.