Changing trend: fewer Slovaks commuting for work outside the country 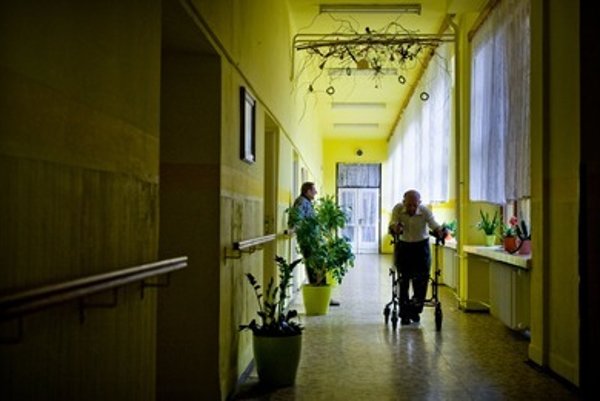 The number of Slovaks working outside the country has fallen by 2.9 percent (4,600 people) in the first quarter of 2017. The number of Slovak residents working in neighboring countries now stands at 155,000, the Sme daily wrote on June 8. This is the second consecutive quarter that the rates have fallen, leading experts to consider the recent changes part of a trend.

Until recently, the statistics on Slovaks going to work abroad for short terms were breaking records, with the rate of increase hovering around 17 percent. Both analysts and government officials acknowledged that the flight of workers was a problem.

To ensure that their data does not account for Slovaks who have permanently moved abroad, ŠÚ only registers Slovaks who are abroad for less than one year, including those who leave to work for week or month-long shifts. Those who move to another country for work appear in the statistics only during their first year abroad.

Economic growth reason for the reversal

Experts see the strong economic growth (the economy grew by 3.1 percent in the first quarter) and increased demand for good workers as the main reasons for the change. Jobs in Slovakia are becoming more available and better paid, and, thus, the motivation to stay at home is bigger.

“Slovaks, especially those from poorer regions, no longer have to choose between sitting at home (unemployed) or leaving abroad,” Jana Mesárová, manager of the Wincott People HR company, told Sme. “They can even find work in their region. For many, it is more attractive – even with a lower salary – to stay close to family and friends than to commute for a better-paid job abroad.”

Head of the Department of Labour Statistics and Education Ivan Chrappa said that people who once commuted to work in German plants are now able to find employment in Slovakia. He points to figures showing that Slovaks are becoming less likely to leave for countries with stronger economies.

“This change could be related to the fact that the competition is stronger in those countries, as is the protection of domestic markets,” Chrappa said for the Sme daily. “This means that Slovaks have a tougher time finding employment.” About 24,000 people currently commute from Slovakia to work in Germany.

Brexit may also be contributing to this trend, according to Vladimír Baláž, an economic forecaster with the Slovak Academy of Sciences. Currently, it is questionable which rules will apply to Slovaks after the UK leaves the European Union. Estimates show that between 60,000 and 90,000 Slovaks are currently working in the UK.

The Slovak government also plans to incentivize citizens to return home from the UK, state secretary of the Labour Ministry Branislav Ondruš said.

“We will try to attract more people to the website administered by the Centre for Labour, Family and Social Affairs – and to address them directly with specific offers,” he said in March. However, the ministry has not yet presented any specific plans.

Most Slovaks who commute to work abroad go to Austria, according to the statistics. At the beginning of 2017, this number was more than 52,000, comprised mostly of women who work as caretakers for seniors or children. This number may change soon, though, as Austria has announced plans to reduce the children’s allowances these workers will receive if their children live in Slovakia. Zuzana Tanzer of the AIW job-brokering agency told the Austrian state TV, ORF, that up to 50 percent of qualified caretakers will leave their work in Austria if they lose the children’s allowances.

It is impossible to say whether people living abroad for long-term stays have started returning to Slovakia: no organisation or institution is able to specify any updated data. Until recently, it was even hard to tell how many Slovaks have actually moved abroad, since analysts have mainly provided estimates.

However, the recent analysis of the Financial Policy Institute (FPI) at the Finance Ministry has changed this. Based on health insurance data, the analysts were able to show that 300,000 Slovaks have moved abroad long-term. This figure represents something experts call “brain drain”, Sme wrote.