Despite a poor start, Slovak footballers quickly worked their way to a play-off position after Saturday’s win in Lithuania. 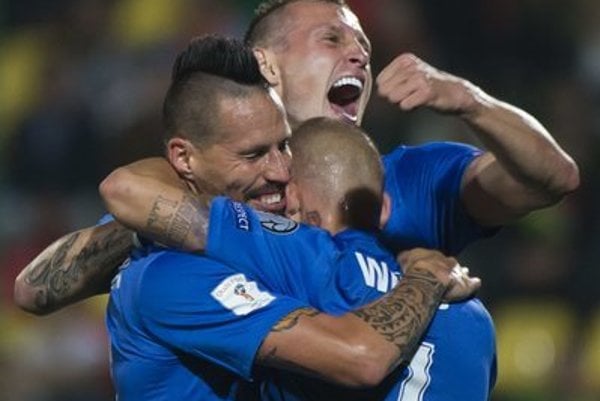 The Slovak team showed their experience and skill, coach Ján Kozák said to sum up the June 10 match at the qualifying round for the World Cup 2018 in Russia. “We took the first opportunity to turn the course of the match,” he said, as cited by the Sme daily.

The team had two goals: Vladimír Weiss in the 32nd minute and Marek Hamšík in the 58th minute. 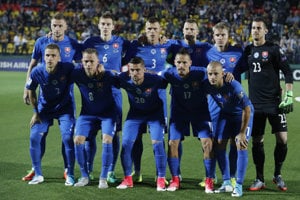 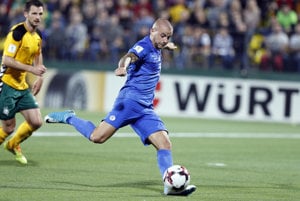 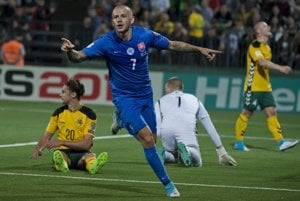 After Slovakia lost to England and Slovenia in earlier matches for the WC 2018 qualification, the team is now in a good position for the play-off round. However, the championship in Russia is still far away, with the next matches slated for September 1 (at home, against Slovenia), September 4 (in England), October 5 (in Scotland) and October 8 (at home, against Malta).

The match against Slovenia – who is expected to be Slovakia’s toughest opponent – will be played in Trnava, Sme wrote.

“We slightly botched the start,” Kozák said of the qualifying round. “Also, due to a scandal and some other circumstances, our concentration during the match was not what it should have been. After the second loss, we were under enormous pressure – we had to win every next match. We managed four matches, which is admirable…” he said for Sme.