Gangland boss Yegorov has been detained in Ukraine

The gang leader who had been charged with five murders in Slovakia has been detained in Ukraine. 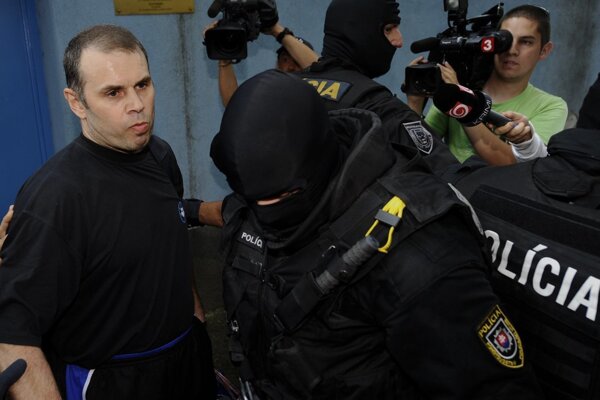 The 20-year case against Volodymyr Yegorov, 52, involves charges of drug and arms smuggling to Ukraine, the SITA newswire wrote on June 15.

The Russian national with a Ukrainian passport was detained with pre-trial custody proposed, according to documents made available to the Čas.sk website.

However, the Slovak Justice Ministry, the Foreign Ministry and the Bratislava Court were not informed of his detention.

“Our most recent action was to ask the Ukrainian Justice Ministry in written form for legal advice in bringing him to Slovakia... and we have received no answer so far,” Justice Ministry spokesman Peter Bubla told SITA.

The documents indicate that Ukrainian investigators proposed the court in the Ukrainian Vinnitska Region for Yegorov’s pre-trial custody following charges of participation in the smuggling of drugs, arms and ammunition to Ukraine.

The custody should last for 60 days, and if Yegorov posts bail, he could be investigated while on house arrest with an electronic tracking bracelet.

Yegorov spent 12 years in Slovak prisons before being released and extradited to Ukraine. The extradition ended in October 2016, the Sme daily wrote, allowing him to attend hearings and court proceedings in Slovakia.