What does a big fat Slovak wedding look like?

Eating cock meat or noodles with human milk used to be a part of a Slovak wedding, but to most couples today, having a candy bar or professional photographer is more important than observing traditions. 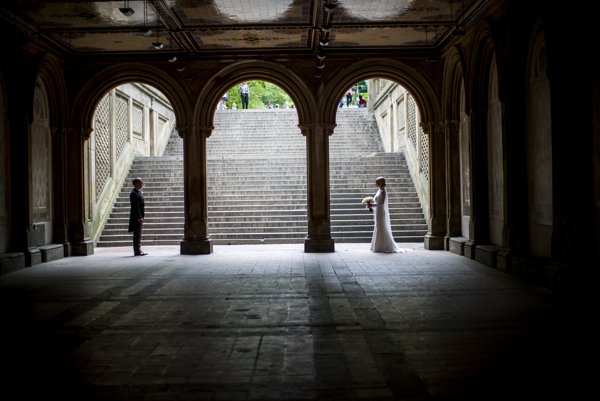 Pinterest, Instagram, Facebook, Snapchat. Millennial brides have a whole lot of possibilities to find inspiration for their weddings and for sharing their own wedding experiences on social networks. A good wedding is a very “instagrammable” event, after all.

Kornélia Jakubíková, an ethnologist who spent fifty years researching weddings in Slovakia, asked countless soon-to-be married couples which part of the wedding was most important to them. Plenty of food and drinks, and a good time for everyone, they would usually answer, even just a few years ago.

“Today the answer is that everything should look beautiful and be made into a good video,” Jakubíková said in explaining the shift in people’s attitudes, in an interview with The Slovak Spectator.

This applies to virtually everything, from bridal dresses, hair and makeup to decorations, flowers, cars and even food. Many parts of the wedding ceremony are chosen to make a nice movie. If there is a mistake in the ceremony or if it does not look good on camera, some couples do not hesitate to retake the video. It’s more like shooting a movie: when a scene fails, you film it again, the ethnologist said.

“In the past, everyone wanted to keep traditions, and almost no one was brave enough to come up with something new and extraordinary,” Jakubíková said. “Today it is the exact opposite.” 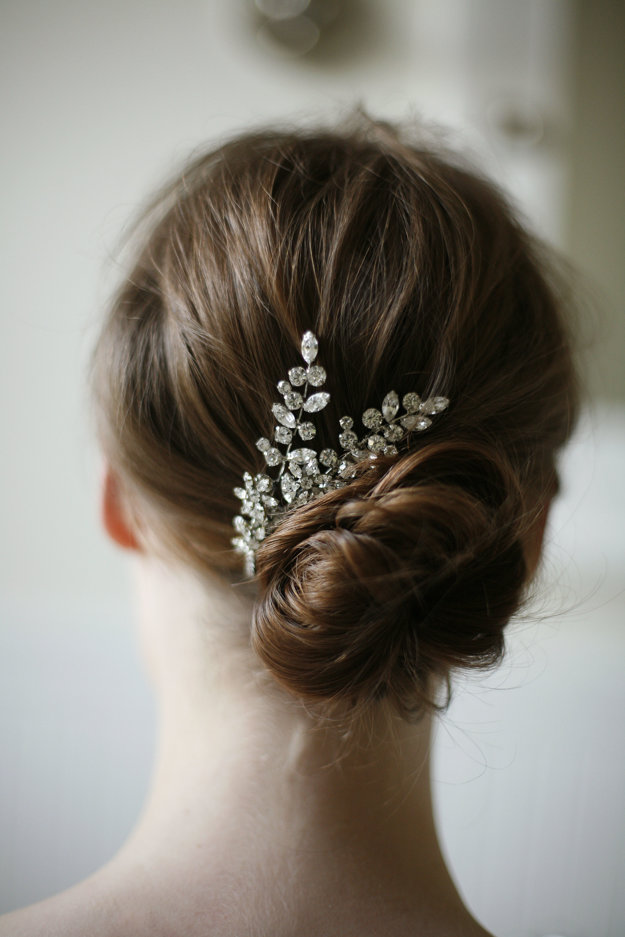 Wedding trends can quickly go out of fashion

Following all the latest trends can be hard work, and couples increasingly use the services of wedding agencies to help them organize the details. Some of the most curious requests these agencies have heard include fireworks, sightseeing tours from a city-train, a helicopter arrival for the groom, fish in vases, golden or black color themes, and vegetarian ceremonies.

“It’s individual, and every bride asks for something else,” said Tatiana Stempelová who owns the Wedday agency, voicing an opinion common among all the agencies who spoke with The Slovak Spectator.

However, the current prevailing trend is a natural wedding, with wooden motifs, a loose bouquet of spring flowers and wavy hair, Stempelová added.

“While trends abroad change from season to season, the trends reach Slovakia more slowly, and not all of them become popular,” said Zuzana Maliníková from the Svadby podľa Ely (Weddings according to Ela) wedding agency.

The bride is the one who cares about the details, though the groom participates too, at least at the start, the agencies agreed.

“Brides mainly care about their dress, the family cares about the food and guests like a good programme and music. But the most practical detail is the cameraman and photographer, who ensure memories for everyone,” Zuzana Maliníková said.

Decorations are a big deal, too. Stempelová recalled that when she began working with couples 12 years ago, decorations were usually in the hands of the hotel or the restaurant where the wedding was held.

“Today some couples are even ready to buy new chairs or plates. They want to have a candy bar, and the decorations have to match the place tags and the invitations,” Stempelová told The Slovak Spectator.

Food is important, too, as is a good photographer or even a professional host, said Tatiana Klopčeková from Impuls wedding agency, which specialises in organising weddings for foreign couples in Slovakia.

“The Bojnice Castle is among the favourite venues,” Klopčeková said. 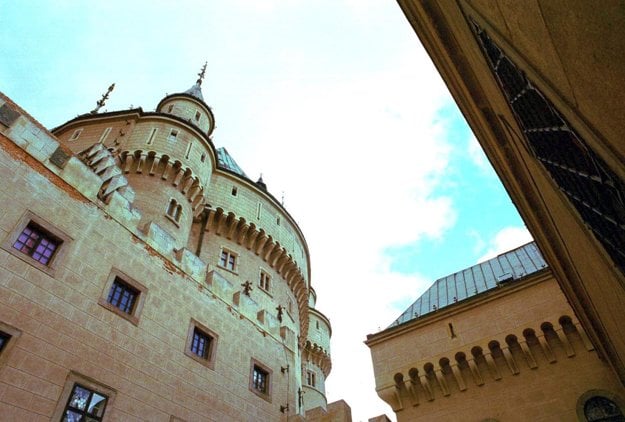 Do not leave the groom out in the cold

So what would the typical Slovak wedding look like? There is no such thing, Jakubíková admits. Very often a mixed couple - a Slovak and a foreigner - are the ones who insist most strongly on the traditions.

“They want to show the foreigners ‘our wedding’, the Slovak specifics,” she said.

This is also how traditions change. The “weirdest” traditions were the ones to disappear first.

“In some regions, the bride’s family closed the door in front of groom when he came to take her to the wedding,” the ethnologist said and explained that the tradition was meant to put an obstacle in front of him, so that he would have to show some effort to get his bride. It was also a remnant of the ancient Slavic times, when there were no weddings and a man would kidnap the woman he wanted.

Jakubíková said that the tradition was abandoned due to the misunderstandings that took place with grooms from other regions.

“Imagine a groom unaware of the tradition coming to take his bride. The house is closed and the parents are telling him that they are not going to give him their daughter. The young man leaves offended and the wedding is cancelled,” Jakubíková said.

Slovak weddings used to consist of several steps, starting with pytačky, when the groom went to the parents to ask for the hand of their daughter. If they agreed, the engagement followed, and the whole village awaited the wedding day. The bride and groom would give gifts to each other the night before their wedding day – she would give him a new shirt and he would give her new shoes.

“These gifts assured the families that the marriage was still going to happen and that they were not going to change their minds,” explains Jakubíková.

However, over the years, lots and lots of new tradition were added. The latest trends come from abroad - like throwing the bouquet, for example.

“Traditional brides did not have a bouquet. The only flowers to she had were in the wreath,” said Jakubíková. Brides used to wear wide decorated ribbons wrapped around their shoulders.

The Jewish tradition of breaking a plate and sweeping the shard from the floor was incorporated into the Slovak wedding. The noise was meant to scare away evil spirits, while the act of the bride and groom sweeping the floor together ensures that the married couple will cooperate well.

The gifts that guests would typically bring to a Slovak wedding were food and alcohol to be offered at the feast. The whole village would try to help the young couple, and the bride had the right to collect food around the village.

Today, money is the gift of preference. The most recent trend is that guests contribute money for some adventure gift or for a honeymoon, Jakubíková said.

Today people love to return to tradition – as with čepčenie. Married women got the bride a scarf instead of a wreath at the wedding night, and she could not leave the house without wearing it. Later, when women stopped wearing folk costumes, most people abandoned this tradition.

Now it is being revived, but because young people do not know the tradition anymore, the weddings provide the opportunity for folklore ensembles to attend to present their work and show the correct way to perform the traditions, explains Jakubíková. 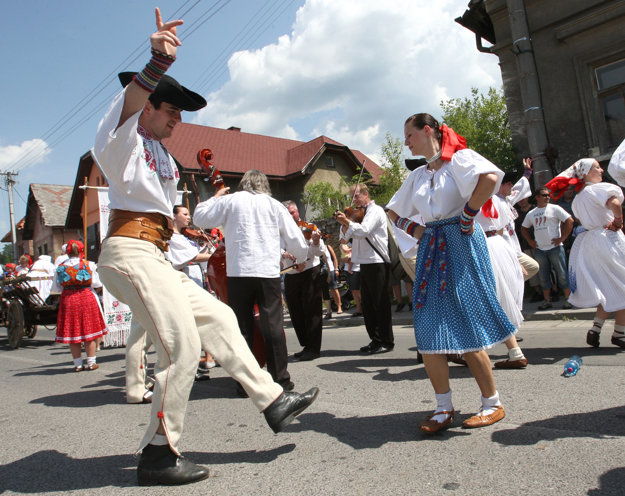 The happiest day in a life?

Today’s saying would surely not apply to the bride’s wedding day of past times. She was not allowed to enjoy her wedding but instead had to mind her manners and the customs. Prior to the ceremony she was expected to look very sad and cry when leaving her parents’ house.

“She could not sing or dance a lot at her wedding,” Jakubíková said.

The groom and the bride would come to the wedding ceremony not together but with bridesman and groomsman. Today’s tradition – the father leading his daughter to the altar – comes from abroad.

Moreover, there is a huge change of parental status during the wedding. Parents were usually not even present at the ceremony. They stayed at home to prepare the feast and did not sit next to the newly married couple during the meal, though they did need to express their agreement to the wedding. Now, Slovak weddings observe the new tradition of the bride and groom dancing with parents, Jakubíková said.

Today, the bride and groom feed each other and eat from the same plate with one spoon, but looking back to the past, the married couple did not eat with others – quite the opposite. They usually ate in a closet because common belief held that people could absorb black magic through their mouths, and with a lot of people at the wedding, the bride and groom were protected by being isolated. “They usually ate food that would ensure fertility – parts of a cock and even noodles with human milk,” Jakubíková explained.