The Roma didn’t have an easy life during the Austro-Hungarian Empire, as they were barely tolerated by the majority of the population. 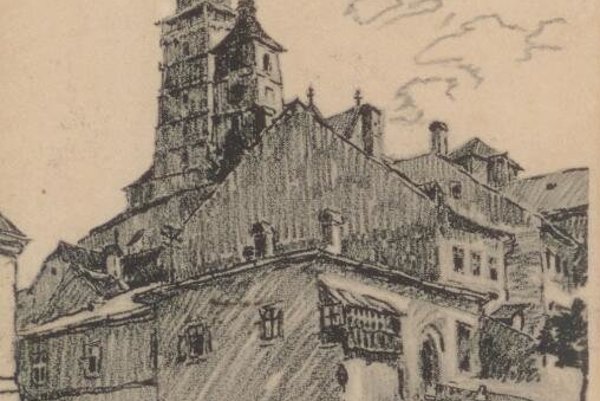 This was mostly due to their way of life – until the 19th century, most of them led a nomadic life and didn’t adapt to life of period society. Empress Maria Theresa and her son Jospeh II tried, through various decrees, to make the nomads settle down – but with little success.

Later, some groups of Roma started settling at the margins of villages, living in primitive shacks. They made their living with smithery, casual labour and – because of enormous poverty – also theivery. However, some of them began founding music bands which gradually gained popularity.

Already in the 18th century, the quality of Roma musicians was renowned even in the mining towns. Despite the fact that the Roma were banned from entering these towns, they were allowed to play there.

Roma musicians from nearby village of Hanneschau (now Lúčky) used to come to Kremnica to play. . They must have prospered here, as after some time local Kremnica-based musicians started complaining. The dispute went as far as the town-hall where it was decided, in 1784, that the Hanneschau Roma be expelled from the town. Moreover, councillors even let their musical instruments be seized under a weird pretense – they claimed that by taking the instruments, they will force the Roma to work.

In this postcard from 1920, part of the town castle in Kremnica can be seen. The author of this drawing in famous Slovak artist, Janko Alexy.