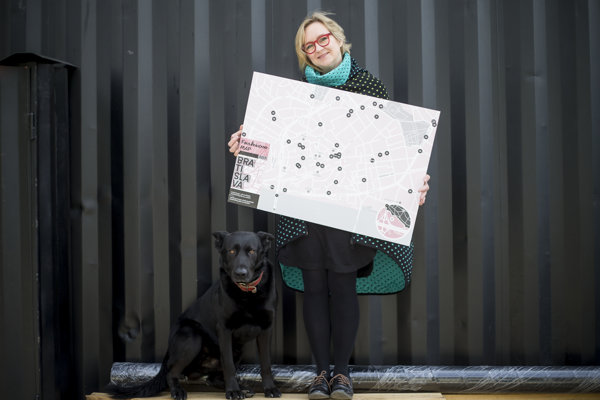 Some people travel abroad to see historical monuments or explore nature. Others go to known cities for their fashion and design. This type of tourism is enjoying an increasing interest: more tourists do not want to bring home from their holiday destinations traditional souvenirs but are looking for something more contemporary and practical. It will now be easier to find the latest designs or fashion accessories of local designers in Bratislava and its vicinity with the help of a new tool – the Bratislava Fashion Map 2017.

The non-profit organisation Slovak Fashion Council has published the guide in cooperation with the Bratislava Self-Governing Region.

How the fashion map began

“The map from 2014 was kind of so-so, since there were only a few such shops in Bratislava at the time,” said Dana Kleinert, fashion designer and the director of the Slovak Fashion Council.

She said the situation led her to open her own shop in 2005, which she ran for the next eight years.

“It was not my goal in any way, but there were no such opportunities like what we have now,” Kleinert said. “There were no multi-brand shops selling products of several local designers under one roof, so when I wanted to sell my own products, I had to open my own shop.”

Since then, the situation has improved significantly, with Slovak fashion now experiencing a revival. Slovaks are more interested in products from local designers, and the number of places where people can buy Slovak fashion has grown. Designers have either opened studios to sell their pieces or offer their products in multi-brand shops. This is proof that the growing trend of local and sustainable fashion has reached Slovakia.

More evidence of the increased interest of Slovaks in local fashion is the Trenčín Mesto Módy (Trenčín the City of Fashion) festival, which is returning to the western Slovakia city after a several-year hiatus. 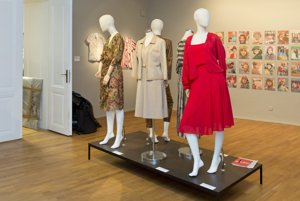 Read also: Trenčín to be the city of fashion, again Read more

The revival of the Slovak fashion led the Slovak Fashion Council, the organisation supporting and developing a strong environment for Slovak fashion, to publish an updated fashion map for Bratislava.

They printed 5,000 copies, available for free in all shops and studios included on the map, as well as in tourist information centres.

There are 46 outlets on the Slovak-English map of Bratislava and its vicinity, with a short text on each that includes the address and opening hours.

The map also lists events related to fashion and design, like shows and festivals.

Shops and ateliers had to meet only one condition to be included on the map – be local.

“We intentionally did not want to make any selection on the basis what designs we prefer, and we also did not want to divide designers into the categories of big and small,” said Kleinert.

Thus the map features a range: from the classic tailoring salon and stylish second-hand clothing stores to the studios of top Slovak fashion designers, including Lýdia Eckhardt and Fero Mikloško.

Moreover, there is an interesting and unique story or concept behind each.

“Nosene is a great example. I personally do not like second-hand shops, but these young people have taken a very creative and responsible approach to it,” said Kleinert. “They re-make older styles into something that is really wearable. Plus, there is a charitable facet to it.”

At Nosene young people “upcycle” and renew worn clothes, with 15 percent of the purchasing price going to organisations that help abused women.

Mucska, a traditional men’s tailoring salon, also has its place on the map. The salon is a family business currently being managed by the second generation of the Mucska family.

“Even though they have higher prices, it is smart to save up and buy a tailor-made suit,” said Kleinert, adding that the higher price is worth being able to go through the whole process of an order, from the first trying-on until the final product.

Fashion tourists can also find shops on the map with light-hearted clothes like Kompot and Pískacie Tričká (English: Whistling T-shirts). While the first one creates its products under the slogan “Make Laughter, Not War”, the second one produces T-shirts for children and adults with whistling patches. 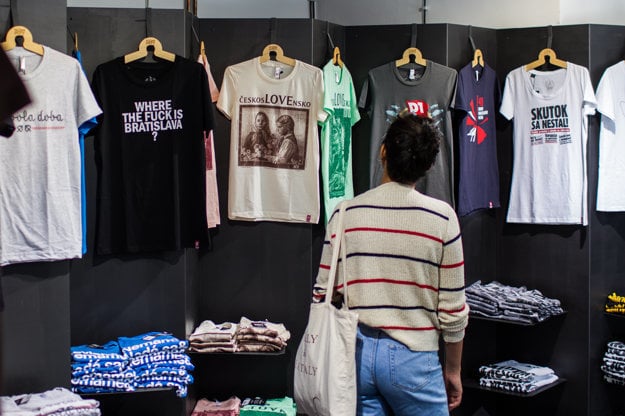 Slávica offers interesting pieces by local designers, while Slowatch provides a selection of global and local fashion for affordable prices.

Mile was started by two young mothers – Miriam Šicmanová and Lenka Garajová – who saved the knitting business of one of their own mothers, explained Kleinert. Their story shows that running a business requires that a person not only should know how to sell products but also how to put some of his or her own creativity into the work. 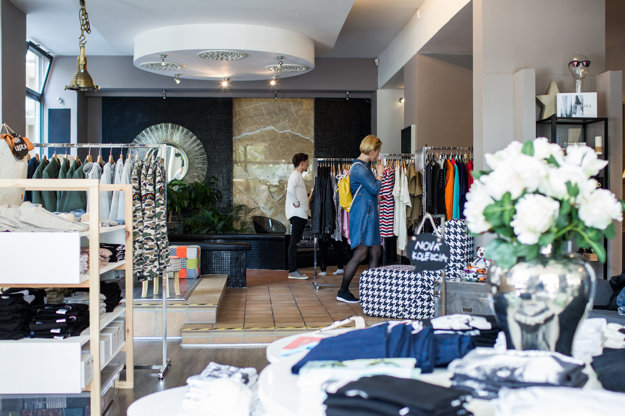 On the map are the studios of fashion designers Lenka Sršňová or Andrea Vonkomer, as well as the Čin Čin gallery, which Kleinert called a small piece of Berlin in Bratislava.

However, fashion tourists will not be able to find the studio of the map’s initiator, Dana Kleinert, on the map. She realised that her studio was missing only two weeks after the map was published.

“I simply forgot about myself,” Kleinert said. “This only proves how deeply I was immersed in the preparation of the map.”

The Slovak Fashion Council plans to create an application for smart phones and an interactive map for the internet. It also wants to update the map each year and publish future editions with new shops and information, extending the map to include more stories of the designers and owners.

“We would like to gradually introduce the people and their studios or shops, since each of them is different,” said Kleinert. “These are unique stories.”