A member of the 5th Special Operations Regiment directly contributed to preserving the security and safety of hundreds of soldiers from a number of countries stationed at Camp Integrity in Afghanistan. 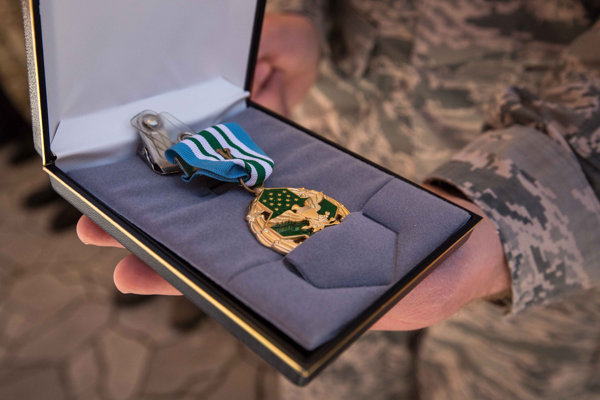 A member of the 5th Special Operations Regiment received a medal for valour for his prompt response to a determined attack on Camp Integrity in Afghanistan on the night of August 7-8.

He directly contributed to preserving the security and safety of hundreds of soldiers from a number of countries stationed there. US Ambassador to Slovakia Adam Sterling recognised this act of courage at the official ceremony in Polomka held on June 1, the TASR newswire reported.

“It was a peaceful Friday evening, when a huge explosion shook the camp,” said the decorated soldier, who was on his third tour of duty in Afghanistan and was the only Slovak present at the time of the attack, as quoted by TASR.

A suicide bomber blew himself up by the gate, throwing a vehicle into the air. Some five or six insurgents breached the perimeter of the Special Operations Command camp, intent on wreaking as much havoc as possible. The group of soldiers was outside, so they grabbed weapons, vests and helmets and “instantly rushed to deal with the situation”.

Before they reached the place, they did not know how many enemies were there and what kind of force was around them.

“Shooting erupted inside the camp,” the soldier said, as quoted by TASR. “It took the entire night, from 22:00 until six in the morning, for us to clear the entire camp and sound the all-clear.”

The timing of the medal presentation only serves to accentuate the alliance between the USA and Slovakia, which goes back a considerable time, the ambassador said. The purpose of the Resolute Support operation is to train the Afghan armed forces to serve their own country and protect it, Sterling pointed out.