Slovak talent is reluctant to return home from abroad

The government project to attract talented expats to return to Slovakia not been successful: over two years, only nine have returned. 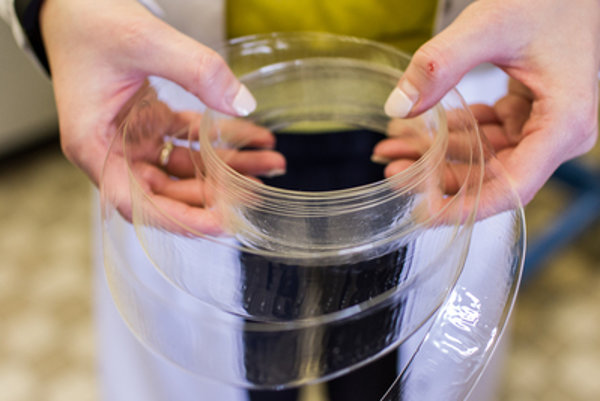 The government has put aside €3 million for a project that hopes to encourage experts and young professionals with diplomas from foreign universities to return to Slovakia. The government believed that at least 100 people would return home, but over the course of two years, only nine people have done so.

Experts attribute the project's failure to lower salaries and to problems with acknowledging some of the foreign diplomas, the Sme daily wrote on July 13. “We offer less money to them, and we are even degrading them,” Martin Kahanec of the Central European Labour Studies Institute (CELSI) said of workers who return from abroad.

During summer 2015, the government launched the project to let experts and professionals continue their research, lecturing or analysis (for the cabinet) in their homeland. The program expected 50 people to return each year. The amount of funding was calculated at €3 million for three years, but so far, less than one-fifth of that has been spent.

The results tell a story: five older experts came back, as well as four professionals under the age of 30. The main reasons for this lamentable result are worse pay and excessive red tape – those who return have to start over and often have problems getting their foreign diplomas accepted.

Kahanec points to the huge difference between the standard of life abroad and in Slovakia, telling Sme that a one-time financial compensation (of €10,000) cannot make up for this difference. Young professionals receive a sum of €10,000, while older experts can receive up to €50,000. Still, for experts and scientists, the gap in salaries is even bigger. This is the case for Ľubica Beňušková. who co-authored dozens of scientific publications. In New Zealand, she earned about €6,000, while in Slovakia her salary is a fraction of this.

Another barrier is the fact that even a US college professor who has been published in prestigious foreign magazines will have to start from the beginning in Slovakia – as an assistant lecturer if he or she has not published a textbook – which is not common in developed countries, says Kahanec.

Thus, those who consider moving back are faced with the reality of adjusting to local standards and common charts for determining salary levels.

Lastly, experts and scientists worry about whether they can continue to grow professionally and whether their work will have any sense in a Slovak environment.

“The low participation in the programme says it all: people from abroad do not see work for the state as one that could fulfil them,” Michal Páleník, head of the Employment Institute, told Sme.

“It is a cliché, but people have to be motivated by a functioning system without corruption and with a well-working business environment,” Igor Čajko told the daily. Čajko is one of those who returned, and he works as an analyst for the Finance Ministry-sponsored Institute for Financial Policy (IFP). Two of the nine people who returned work for the IFP.