Hold onto your hats - heavy storms in Slovakia continue 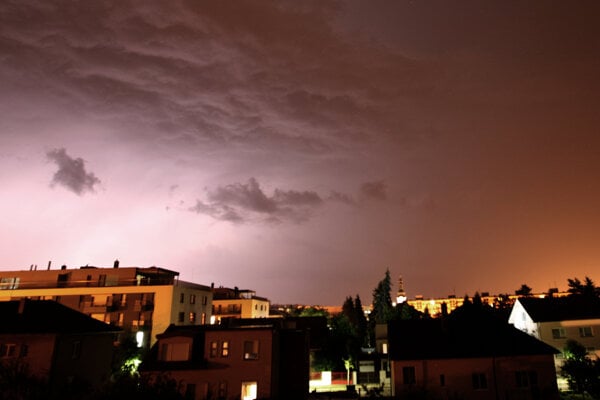 These same places can expect between 30 to 55 millimetres of rainfall and wind gusts of a speed from 70 to 110 kilometres per hour.

“The intensity for this season and location is above average and the probability of damages arising is high,” stated SHMÚ, as quoted by the TASR newswire.

At the same time, SHMÚ issued a first level storm warning for the Bratislava and Trnava Regions valid until Tuesday morning. Here the storms will be connected with short, intense rains. Meteorologists estimate new rainfall between 20-55 millimetres and wind gusting with a speed from 65 to 85 kilometres per hour. Lesser damage is also possible.

Some parts of Slovakia experienced storms and associated damage during the past weekend.

“In the Záhorie region there was a heavy hailstorm, in Prešov together with strong wind that blew the rooves away and hail destroyed the harvest,” said meteorologist Miriam Jarošová, as quoted by TASR. 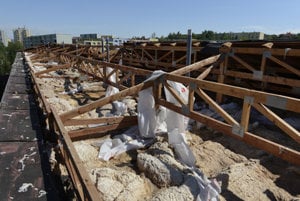 “From the beginning of the summer clients have reported several property damages to their real estates or households,” said Peter Ripka, the director of product marketing at ČSOB, as quoted by TASR.

The average damage caused by lightning to household appliances is about €570, depending on how expensively the house is equipped.

Sometimes lightning can also damage electronic openings to gates or the whole wiring system of the house. In these cases, damage may even amount to €15,000.

“The number of storms connected with lots of rainfall, strong wind, hail and high electrical activity has increased in Slovakia over the last 20 years,” said meteorologist Jarošová, as quoted by TASR.