In defence of institutions

Till this day, the trauma of destruction during First World War explains Belgium’s existential attachment to the European Union, as the most successful peace project in modern history. 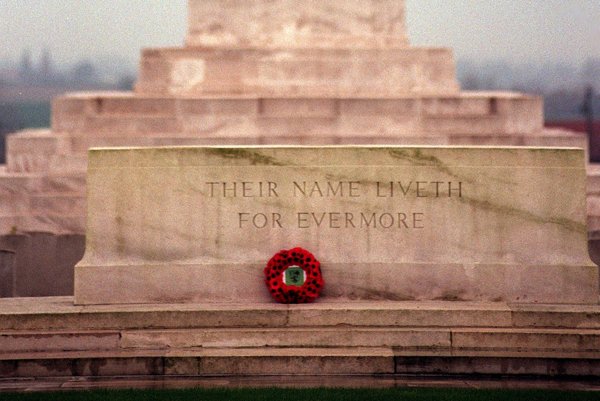 It was a sunny July morning when the shelling began. A few weeks earlier, deep-mining detonations had shattered the enemy’s defences in what was the strongest explosion in the pre-nuclear era. Time mattered, as it was feared that an enemy sea blockade could cripple the war effort. On top of this, the possibility of a Russian withdrawal from the war would increase the enemy’s reserve strength dramatically.

The year was 1917 and British forces in northern Belgium were about to launch an all-out offensive on German positions. Within a few days shelling churned the clay soil. Then the rains came. They were the heaviest in decades and turned the soil into a thick mud that clogged up rifles. It was so deep that men and horses drowned in it. When 100 days later the Allied forces reached the town of Passendale, 500,000 soldiers from both sides had perished, an unfathomable number, tantamount to the crashing of a passenger jet every hour for a hundred days. The territory conquered was five miles.

The First World War would change the face of the European continent. It would devastate Belgium, which at that time was the most industrialised part of the continent. Till this day, the trauma of destruction explains Belgium’s existential attachment to the European Union, as the most successful peace project in modern history.

In spite of centennial celebrations, perspectives from the Great War seem very remote today. The EU is meanwhile established as an intricate law-making supranational entity. As such, new challenges have popped up. Geographically, the Union has much expanded and its citizenry is more diverse than ever. It is also more demanding. New generations of European politicians, also in Slovakia, are no longer afraid to ask hard questions, such as: what is in it for us?

There are the obvious answers. Yes, there is the internal market, a force which helped Slovakia turn into a per capita powerhouse for car production – a position Belgium held till the mid-nineties. There is the EMU, which needs further deepening. Schengen in turn ensures the free flow of people. These are cornerstones of integration, though they rarely spark the imagination.

During its EU-Presidency Slovakia, in what is now called the Bratislava Process, pushed beyond the obvious. The European Council avoided institutional debates, pressing for concrete results in strategic directions: defence, climate treaty, digitalisation. Meanwhile, roaming costs within the EU have been abolished.

Also, we have much to learn from each other. I try and do my bit when I meet Slovak policy makers. Which ‘best practices’ can we share? How do universities create spin-offs? How to reduce paperwork for companies? On some issues we are bound to disagree. In these cases we have a duty to genuinely understand our mutual positions.

After two years of engaging with Slovakia, I believe that this country is testimony to the benign influence of the EU. It has made good strides in using EU instruments to benefit its people. Good infrastructure has helped attract investment and jobs. Belgian companies, for example, employ some 10,000 people.

At the same time, Slovak decision makers, like their EU peers, do well to remind themselves that the Union does not have all the answers. The keys to prosperity, inclusivity and confidence-building overwhelmingly remain in the hands of national governments. It is they who foster education or design industrial policy. It is they who should work with disappointed youth. At the very least the EU construction relies as much upon sound national policies than the other way round.

A lot is at stake. The Passendale commemoration on July 30-31 draws thousands of people from many countries. As historians look back upon the Great War, it has become painfully clear that its protagonists, emperors and generals alike, were our contemporaries. They acted no less rational, nor were they less modern. They sleep-walked into war. What they lacked were reliable and overarching institutions.

True, today is a different world. External security concerns are of a different nature, and one of the many challenges. But the primacy of strong institutions is unassailable. As Jean Monnet elegantly said, “Nothing is possible without men; nothing is lasting without institutions”. Even as institutions seem rock-solid, they are supremely vulnerable. They are acts of faith, subject to our collective will. It remains upon us to protect and fine-tune them to the needs of our time.