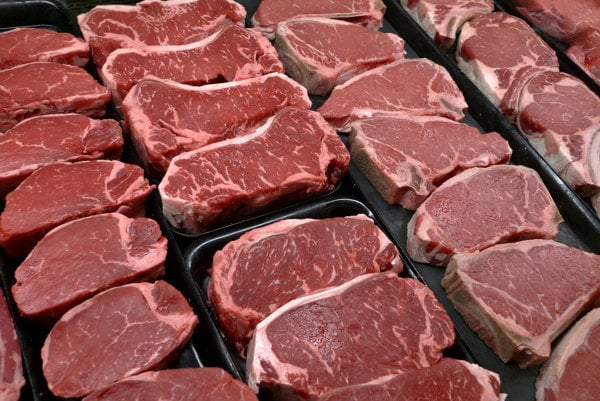 Properly prepared cut of beefsteak has been associated with quality and prestige. Steak houses also penetrated into Slovak gastronomy.

“Although Slovakia does not belong to typical steak countries, you can find restaurants where the cut is prepared in really excellent way,” said Peter Straka, board member of the Slovak Association of Hotels and Restaurants (ZHR SR).

Moreover, from June 1, meat lovers can also enjoy the steak tartare and rare from raw beef. The Health Ministry amended the sale of meals prepared from raw meat in restaurants, in order to meet the demands of owners and customers. 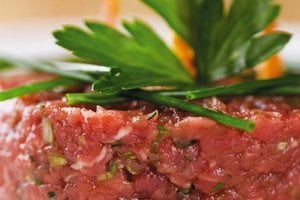 The main ingredient of steak tartare is raw beef, preferably loin. It is served with onions, caper and seasonings, sometimes with raw egg yolk. The name suggests the meal originated in central Asia, but the relation with Tartar cuisine has not been proven.

Since it has become a staple of many restaurants and breweries, operators have welcomed the amendment on the sale of raw meat in restaurants. However, the ministry points to the health risks associated with the consumption of meat that is not cooked.

The original regulation from 2007 banned this dish in Slovak restaurants due to the health risks associated with consumption of uncooked meat. Many restaurants kept it on the menus, risking fines.

In terms of health, the biggest risk for consumers is bacteria (Salmonella, Listeria m., Campylobacter, E. coli), parasites and viruses that grow in raw meat.

“In the case of steak tartare, there are additional risks from raw egg yolk and spices that can be dangerous due to micro-bacterial contamination,” added the Public Health Authority.

Thousands of people are diagnosed with salmonella every year, with the main causes being use of contaminated ingredients in food preparation, insufficient cooking of food and deficiencies in food storage. However, only a few cases are directly related to the consumption of beef.

Most contaminations start with stomach pain and digestion problems, which can develop into serious medical conditions. Thus restaurants must adhere to strict criteria.

Dishes from uncooked meat such as steak tartare can be prepared in advance, and must be served immediately after preparation based on the order.

“These dishes can also include uncooked eggs, provided that they are from a registered and controlled breed,” said the experts from the Public Health Authority.

Steak tartare and rare steak can be included on the menu from June 1 with a warning about potential health complications.

“The owner of a public catering establishment must report this menu item to Slovakia’s regional office of public health,” said the main hygiene supervisor of Slovakia, Ján Mikas, in a press release.

In July, the Public Health Authority registered 93 applications from premises that want to serve steak tartare.

“A steakhouse must meet the same hygiene criteria according to valid legislation as any other restaurant,” said the Public Health Authority. Uncooked meat on the menu must be reported to the regional public health office.

“The restaurant must also inform consumers about potential health risks after consuming food from uncooked meats and eggs,” said the Public Health Authority.

Only for meat lovers

In general, a good steakhouse should focus on the quality of meat, offer cuts from different parts of the cow and prepare it on a parilla grill (open-fire barbecue technique used in South America) with charcoal. Very good steaks are served in South America (Argentine, Brazil) and Spain.

“Our (Slovak) steakhouses instead copy American commercial steakhouses,” said Straka, explaining that meat in South America is cut in a different way and that they use more types of meat, not only classics such as filet or Rib eye.

The taste of a steak depends on the cattle breed, breeding and feeding, the cut and preparation of the meat, Dalibor and Zuzana Gergeľová, owners of the D.Steakhouse in Bratislava told the Forbes magazine. Their steakhouse offers American steaks with US Prime certification.

The most popular cattle breeds for steaks are American Black Angus, Piemontese from northern Italy and the Simmental breed, which is raised in Slovakia. The Japanese Tajima-guy breed, also known as Kobe, has a genetic predisposition towards fat storage, which along with special care contributes to the highest degree of quality.

Marbling refers to stripes of fat on the cold cuts, which melts and gives the meat characteristic flavour, juiciness and tenderness. Apart from genetics, it can be achieved via feeding, through the addition of corn to the nutrition of originally grass-fed cattle.

However, meat from a quickly fattened cattle cannot match the quality of dry-aged beef from a heritage breed, fed on grass with no restriction of movement. The storage of the fresh cuts is also important.

“The meat for steak and tartare must be properly matured either in a vacuum, for example during ship transport from South America, or by so-called dry aging, which is already used by some of our steak restaurants,” said Straka. “Usually the closer the meat is to the expiry date, the more suitable it is for steak.”

D.Steakhouse also uses dry ageing, which is used as well by the best-ranked steak houses in the world. It requires low temperature, appropriate humidity and ventilation. During the process about 10-20 percent of the water evaporates and the taste of the meat becomes more concentrated and intensive.

A cut refers to the part of the animal from which the meat is taken. We recognize T-bone or Porterhouse steak, which combines two types of meat separated by a T-shaped bone; Rib-eye from the rib area, NY Strip Steak from the meat on the back, flank steak from the belly area and fillet steak from the tenderloin.

Typical side dishes to steaks are potato fries or vegetables, asparagus, pumpkin and corn. Better steakhouses also prepare their own sauces. For drinking, experts recommend dark wine from Bordeaux, Barolo or Cabernet Savignon or a stout lager beer.

“I think everyone wants to try a good steak once,” said Straka, pointing out that a good steak is somewhere between rare and medium. “Some chefs refuse to grill the steak more than medium, which is absolutely all right.”

It means that steaks should be ordered only by people who like meat slightly bloody on the inside, with a pink colour and core temperature of around 30-40 degrees.

Steakhouses also have the potential to succeed in Slovakia but they must aim for long-term operation.

“In Slovakia we also have cattle breeds suitable for steaks,” Straka said. “If the steakhouses build a good name, use quality meat and have a good chef, which is the last but most important factor, they will find their faithful regulars.”