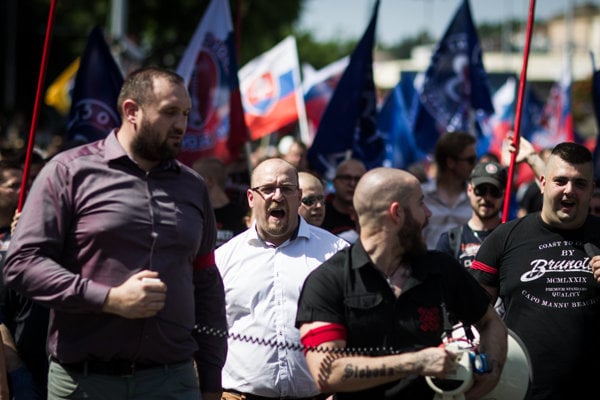 The police charged far-right extremist leader Marian Magát with Holocaust denial, referring to his comments on a social network. If he is found guilty, he may spend up to eight years in prison, the public-service broadcaster RTVS reported.

Despite the accusations, Magát still wants to run for the government post in Žilina Region in the November regional elections.

Magát is one of the founders of Vzdor (Resistance) Kysuce, which the Interior Ministry classifies as an extremist group. In last year’s general election he unsuccessfully ran on the slate of People’s Party – Our Slovakia (ĽSNS), led by Marian Kotleba.

Earlier this year, the court sentenced him to three years conditionally for illegal arming. Magát was also invited for hearing after he encouraged people attending a protest against Islamisation to tear the European Union’s flag, RTVS informed. 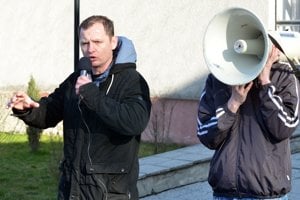 Magát does not conceal his Antisemitism or admiration of Adolf Hitler, whom he has described as peacemaker and a person with his heart on the right place.

The police had already proposed charging Magát for his statements at the beginning of this year, but the prosecutor’s office officially submitted the charges to the district court in Čadca on July 27, RTVS reported.

Magát said earlier this year that he is not the only administrator of his blog posts and social network profiles, so the police cannot prove it was actually him who wrote the posts. He is now casting doubt on the experts who prepared opinions.

“They cannot explain what Holocaust denial is. Not even the law knows it,” Magát told RTVS.