Central bank in a legal battle with insurance company 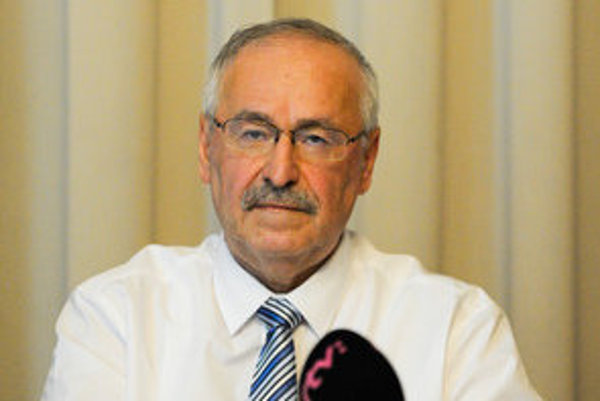 The former insurer’s top managers and some connected to the insurer have put pressure on the administrator and are threatening her, striving to prevent the course of the forced administration.

“NBS repeatedly drafts additions to existing lawsuits,” the central bank wrote, as cited by the SITA newswire on August 8.

NBS thus reacted in its statement to media questions concerning the contract on rendering legal services, which was concluded on July 17, 2017 with lawyer Tomáš Borec and the Law Agency Ecker-Kán & Partners.

According to the central bank, this contract concerns legal services during the appellate procedure before the Slovak Supreme Court, the Constitutional Court, the European Court for Human Rights, and European Court of Justice, and other court proceedings in this matter. The dispute, however, does not concern the forced administration in Rapid Life, NBS claims.

“The dispute between the Rapid Life životná poisťovňa, a. s. (Life Insurance, LtD) company and the Slovak Republic, as represented by the NBS, as well as the due contract, is in no way connected with the person of the administrator,” the central bank adds.

Members of the Rapid Life board strongly refute the allegedly intentional and fabricated accusations against NBS spread across media.

“Claims of criminal activities and the threatening of administrator are a desperate attempt of NBS to divert attention from fundamental issues,” Rapid Life said, as quoted by SITA, adding that they had already filed several lawsuits against the administrator.

The National Crime Agency (NAKA) pressed criminal charges against a manager of NBS on August 8, the TASR newswire wrote, citing parlamentnelisty.sk website. The executive, identified only by his initials of I.B., faces the indictment over his role in the scandal of Rapid Life, the website wrote. The charges have most likely been levelled against the bank official who signed a decision to impose an administrative order on the insurer.

NBS imposed the order on Rapid Life on June 15. The insurer’s administrator wrote in her report to NBS that Rapid Life’s former executives had damaged the insurer’s clients, in response to which she filed a criminal complaint against its former statutory representatives. Police did not confirm the reports, citing the ongoing investigation.

Rapid Life board chairman Peter Talán said, as quoted by TASR, that he is happy that the issue is being dealt with by law enforcement. He added that the insurer’s administrator is facing a total of five criminal complaints.