One of the Čistý Deň (i.e. Clean Day) re-socialisation centre’s former employees has been charged with sexual abuse, police confirmed. Also, the ministry has re-opened the issue of accreditation being withdrawn from the centre.

The centre stood at the heart of a scandal involving the abuse of minors sent there to get rid of drug addiction or improve their behaviour.

The question on whether the centre will be stripped of accreditation – as proposed by the Accreditation Committee some time ago but rejected by Labour Minister Ján Richter – is again open. The General Prosecutor’s Office (GPO) announced August 11 that the Labour Ministry had accommodated its request and, on August 9, had cancelled its decision not to withdraw the accreditation for Čistý Deň, the TASR newswire wrote. After the GPO appealed the ministerial decision on not scrapping accreditation, the ministry revoked it and will again deal with it August 23. 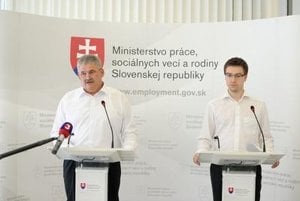 The opposition OĽaO-NOVA welcomes the fact that the ministry chose to rescind its decision not to withdraw the accreditation for the centre, though the decision comes quite late and the previous stances of those in charge have already caused irreversible damage to children and young people, TASR quoted MPs Erika Jurinová and Anna Verešová.

The investigator of the Trenčín Regional Directorate of the Police Corps has charged a former Čistý Deň employee with sexual abuse. “The ministry instantly asked the Police Directorate in Trenčín as well as the Trenčín Regional Prosecutor’s Office to provide official confirmation of the media reports,” said ministry spokesman Michal Stuška. Originally, the GPO lodged its protest over the inappropriate application of the law in the accreditation process.

The sexual abuse dealt with by police involves a former employee who worked there as therapist, identified by the Sme daily as Igor J., and a girl called Rebeka. They had been checked on already in the past, the private TV JOJ reported. Both Rebeka and her mother claim that their complaint was dismissed by police as untrustworthy, and only after the GPO intervened was it re-opened. Rebeka accuses Igor J. of causing her injuries that had to be surgically treated during their intimate contact.

The accusation and the re-opening of the abuse charges took the management of Čistý Deň by surprise, Sme wrote. “We are surprised at this person being charged,” Zuzana Tomaneková Miková, wife of the centre’s head, told TV JOJ. “We already investigated the case when he was accused…. And all clients present at the out-post therapy stay denied having witnessed such behaviour. The accused man lives in a family, has one child…. His personality profile does not match such behaviour. Moreover, this is a mere charge – let us wait to see how the court ultimately decides.”

Čistý Deň has faced several suspicions of their clients’ abuse – checked by the Labour Ministry, the General Prosecutor’s Office and police; some of the cases are still open and under investigation.

The key task of the children’s protection during a complex time of addiction treatment will be building up state capacities and facilities for both the treatment phase and the following re-socialisation, the Labour Ministry noted. It added that all material and staff steps aimed at this change will be made from the beginning of next year. 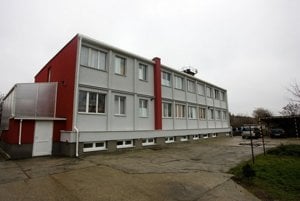