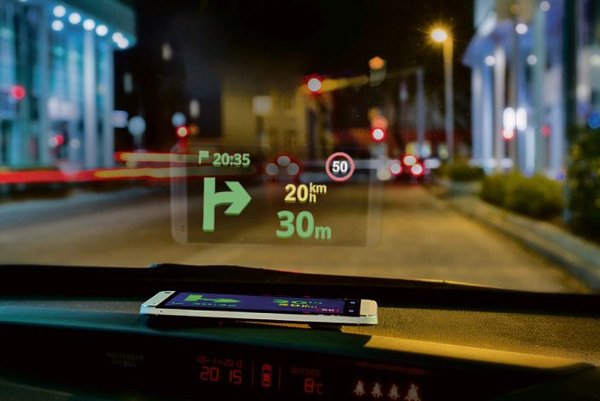 The Slovak developer of the Sygic navigation system has recently joined the fight between carmakers and technology companies about the connection between cars and smartphones.

The Slovak firm joined forces with Ford, making it the first mobile navigation application developer that can provide connection with its vehicles and transfer the mobile navigation from the phone to the car’s screen, the Trend weekly reported in early August.

“We have launched a trial with Ford and we hope we will also soon complete the distribution,” said Michal Štencl, founder and head of Sygic, as quoted by Trend.

Though Sygic Car Navigation will not be directly installed in Ford’s system, the carmaker will promote it and encourage its customers to download it, Štencl added.

It is a small victory by the Slovak firm in the fight with technology companies such as Google and Apple that have been trying to control how a car communicates with its driver.

“The problem with Google and Apple is that they act as monopolies,” Štencl told Trend. “They give access only to their applications and don’t allow others to be used in the car.”

On the other hand, the companies can benefit from the fact that the infotainment systems used by carmakers were out-of-date, which was a result of a long development process in the automotive sector. They could not compete with quickly developing applications and products developed by the software firms and phone producers. Moreover, the carmakers were aware of the differences between the systems used in cars and in mobile phones.

As a result, the carmakers had to allow Google and Apple to enter their market. Currently, more than 200 car models support or plan to support one of their services. Though the carmakers say the companies are their partners, at the same time they are also their rivals, Trend reported.

Since both Google and Apple are trying to change the traditional operation of the automotive sector, the carmakers restricted the volume and structure of data both firms can access after connecting with vehicles to the necessary minimum, according to the weekly.

Data and services will become a more important source of money for car producers and both the carmakers and tech firms are aware of this. So the latter try to get to the data and find ways to benefit. The carmakers try to prevent this from happening, referring to the safety of their customers and protection of their privacy. But at the same time they try to control both the data and the applications.

As a result, carmakers have come up with several solutions how to connect smartphones with cars. Since they did not want the drivers to think about which software to use, the companies have used a consortium to create one system, Trend wrote.

Most recently, Ford and Toyota founded the SmartDeviceLink (SDL) consortium to regain control over the communication between the car and the driver. It is a software open-source platform via which smartphones can be connected with cars. It was developed by Ford, which is now trying to persuade other carmakers to also join.

Since Sygic did not want to lose the market, it decided to join the initiative.

“We decided to join SDL as we want to keep the advantage of a smartphone solution we are strong at and in which we can develop innovations,” Štencl told Trend.