Training a police dog takes years and not every puppy can be trained to be good service dog. 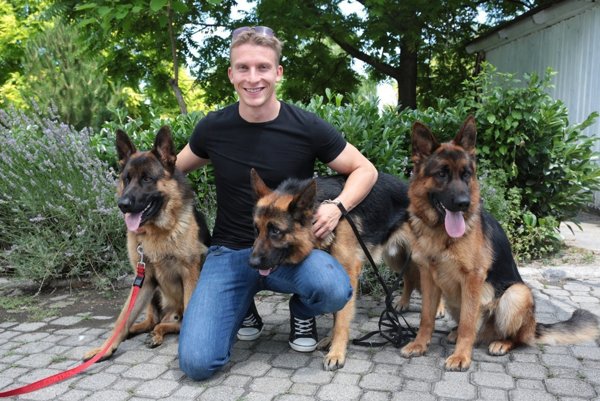 In one episode of the Inspector Rex series fictional police dog Rex is able to hand coffee to his human colleagues in their office, steal their sandwiches with a nonchalant look on his face and take part in a shootout with drug criminals at the end.

The series whose adaptations have been broadcasted in several European countries has built its popularity on a character behaving like a man, but in fact is a cute dog. On September 9, the private broadcaster TV Markíza is launching the Slovak adaptation of the series.

However, the idea of a dog spending all day with police officers in the office and doing everything from searching for drugs, detaining people and being involved in shootouts is unrealistic, according to former police cynologist Ján Löw, president of the K-9 sport police club.

“This is not the way dogs are used by the police,” Löw told The Slovak Spectator. “A dog can learn many commands, but each one is suitable for different tasks.”

This is also the reason why three different dogs named Odin, Rex and Arti play the main character.

“For example, Odin is very behaved, able to sit in one place and obediently follow commands,” Juraj Bača, who plays Rex’s owner, told The Slovak Spectator. “Rex is more lively, he likes to play, so we use him for scenes where we play with each other.” 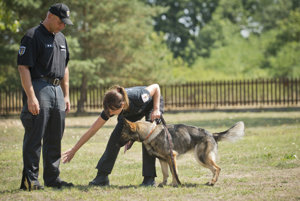 What dogs are capable of

One dog named Rum looks like an ordinary crossbreed at first glance. He is cheerful, constantly wagging his tail and eagerly awaiting a command. After receiving the signal, he runs into the room of the K-9 dog hall specially adapted to look like a living room.

It looks like fooling around, jumping from the floor to the couch and back, but Rum is actually checking several corners of the room until it catches a trace of a scent. It leads him to the small cabinet where he starts to bark. The whole scene lasts about ten seconds.

Rum is the first dog in central Europe specially trained to search for bed bugs. He works with the private company Fullprofi as a search dog.

However, not every animal can reach such efficiency. Those dogs must have an extraordinary sense of smell and appropriate character, Löw says.

It also works the same in the case of police dogs. Before they receive training, each dog goes through testing to find out if it is fit for training and what kind of work it can do. For example, friendly dogs with a good sense of smell are suitable for searching in airport halls where there are many people, according to Löw.

“On the other hand, such a dog cannot be aggressive to people, which makes them difficult to use for crowd control,” Löw said.
Rum is a great search dog. But with his little body and friendly nature he would hardly detain a fleeing smuggler, unlike the inspector Rex commissioner, who would be able to do both.

From puppy to inspector

The police corps currently has more than 730 dogs available. They pick them from their own breeding or buy them from external suppliers.

Training a police dog takes years and not every puppy can be trained to be good service dog. The problem is when they are too sensitive, fear people or shooting. However, such dogs can also be used in the civilian sector, and police usually sell them.

Usually handlers will receive dogs that have already completed basic training and then together will go through a three-month course. If they pass the final tests they can be put into service.

Unlike Rex, however, they are not in the office but are usually in police dog stables, according to Marian Charvát, the deputy director of the Department of Cynology and Hippology of the Presidium of the Police Corps.

“Meanwhile, the dog handler takes care of him all day, takes him for a walk or training ground to have enough movement,” Charvát told The Slovak Spectator.

In addition, serving dogs usually undergo tests once per year to check whether they are keeping up with their work.

Dogs that go through classical cynology are more versatile and learn more commands. They must be able to find a searched person and hold them on command. They are even trained to endure attacks from people.

The effectiveness of police dogs has recently been shown by the 6-year-old shepherd dog Ubock. Within a few hours, he was able to find the prisoner Štefan Boto, who was serving a prison sentence in Kráľova. Boto fled from public service works on Zvolenská cesta on 7 August at 7:40 and the police praised Ubock on Facebook at 16:00 for finding him on the same day. They published a video where Ubock was taking a rest while police officers were putting cuffs on Boto. 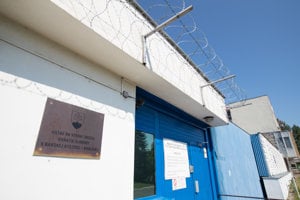 Special cynology is focused more on specific tasks. In Slovakia, for example, there are nine police service dogs trained to look for the scent of dead people. They can do it even in water.

Dogs deployed for protests must also undergo special training. They must gradually become accustomed to noise and a large number of people. If Rex has not experience such training, a protest with more conflict could leave him with a lifetime trauma.

"If I took an untrained dog and threw an explosive close to it, it might be so stressed it would cause permanent trauma," Löw said.

Even special dogs are trained to withstand noises. In addition to shooting, they must become accustomed to common noisy objects such as lawn mowers, grinders and so on, according to Charvát.

Dogs are put out of service when they cannot work for medical reasons. They mostly finish between eight to ten years of life, but discarding is not a matter of age.

“I have never seen a situation where an older dog in good shape was discarded,” Löw said.

The discarding of a dog goes through a similar process like any other property of the Interior Ministry, because legislation does not see it as a living being.

An emotional relationship is created between the handler and the dog, so police officers almost always buy the dog after it is released from service, according to Charvát.

“The dog and handler are accustomed to each other, serving for eight to ten years, and it’s natural that the cops take them home,” said Charvát.