Bratislava Aupark evacuated due to fire on footbridge

Official reasons for the massive fire have not yet been announced but the commander of the operation suspects a smouldering cigarette stub or simply human carelessness to be behind the blaze. 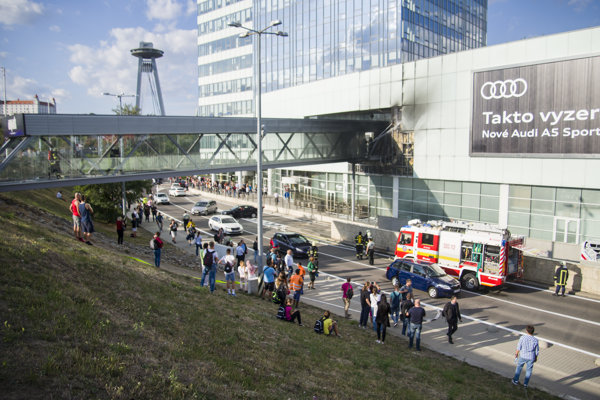 The Aupark shopping centre in Bratislava was evacuated on the afternoon of September 5 due to a substantial fire on the pedestrian bridge connecting the mall to the SNP bridge, TASR has learnt from the Fire and Rescue Corps.

“We don’t have any information about injuries,” spokesman of the Slovak Emergency Medical Service, Boris Chmel, told the TASR newswire. He added that the buildings did not seem to be on fire. However, the one adjacent to the bridge, the Auaprk Tower high-rise, had to be evacuated as it became filled with suffocating smoke.

Dozens of fire-fighters were deployed, according to the HNonline website. Commander of the operation, fire-fighter Marián Bugár, told the website that the fire was reported around 16:45. In total, more than 40 fire-fighters had to be sent to the spot and the police and rescuers were also deployed. 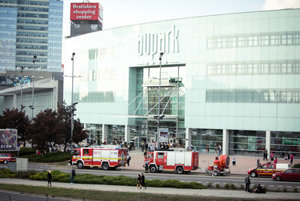 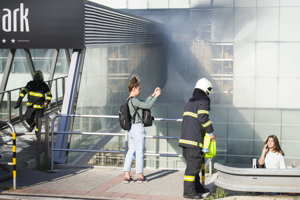 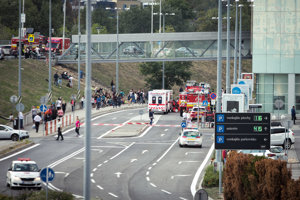 “It was confirmed that a massive amount of smoke came from the foot-bridge, and the fumes filled the interior,” Bugár summed up, “We checked all the spaces to find injured or trapped people. One person had to be medically treated.”

He refused to comment on the reason for the fire. “We will not comment on this; we take into consideration all possibilities, but in all probability, this was due to negligent behaviour,” Bugár said, mentioning smouldering cigarette stubs and adding that he cannot rule out that some of the facilities in the shopping mall were damaged.

At around 20:00, the fire was under control and fire-fighters were gradually leaving Aupark. “We analysed the air there; so far, we have not registered levels of carbon monoxide and other products of burning,” Marián Bugár told TASR.