Research continues at the site of the former military barracks. 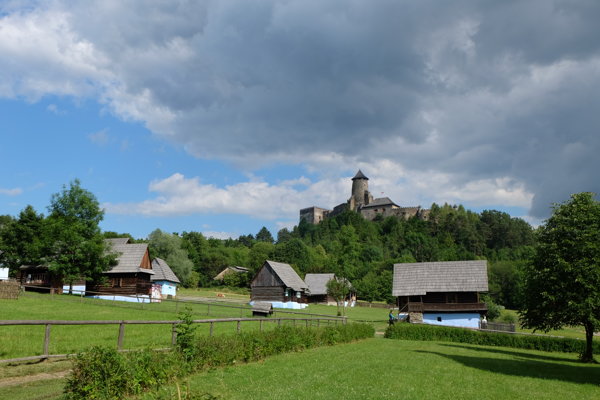 The archaeological survey at the site of former military barracks at Stará Ľubovňa Castle in the Prešov Region is continuing in September.

“We have already discovered ordinary table ceramics, fragments of tiled stoves, pipes and many metal materials coming from the 17th-19th centuries,” said Zuzana Kasenčáková, archaeologist of the museum in Stará Ľubovňa, as quoted by the SITA newswire.

The most precious discoveries include a copper button, probably from a soldier’s uniform, a bullet from a musket, and coins from the years 1665, 1694, 1767 and 1851, Kasenčáková added.

The archaeologists uncovered remnants of partitions, fallen walls and wooden beams in the eastern part of the castle wall, she continued.

The former military barracks are situated in the third courtyard of the castle and were situated near the eastern wall. The first archaeological research on the site started six years ago. The probing research took place in 2011 and 2012.

“It helped us reveal the wall of these former military barracks,” Kasenčáková said, as quoted by SITA. “We also know that after no longer in use, the barracks were gradually covered by soil.”

The research at the barracks may continue thanks to a subsidy from the Culture Ministry amounting to €15,000. The museum plans to carry out a surface archaeological research to uncover the interior of the barracks, Kasenčáková added.

The research is expected to last until the end of November.

The military barracks are mentioned in materials from 1564, while their more detailed description can be found in documents from the mid-18th century. They probably stopped being used after the last inhabitants left the castle in the second half of the 18th century, the archaeologist added for SITA.