Authorities say they will check the problem 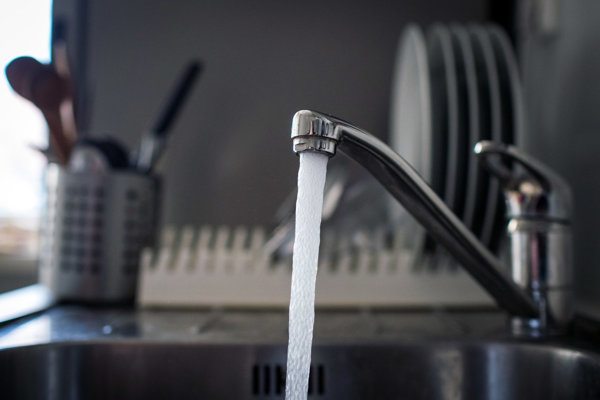 For the very first time plastic micro-particles have been found in drinking water in Slovakia.

If synthetic fibres in water come from pipes, they can very probably be found in products like bread, pasta and soup, the authors of the research stressed.

“In case of positive findings, the public health bodies will cooperate with state water management on suggestions for measures to eliminate plastics,” Zuzana Drobová of the Public Health Authority (ÚVZ) told the Sme daily.

However, 80 percent of Slovak water comes from underground sources where the risk of contamination is lower. Experts are remaining relatively clam.

The impact of fibres measuring 100 micro-meters and more on human health remain unknown so far. With these micro-particles, it is not clear what their precise size or shape is, or whether they are pure plastics or also composed from other substances.

The Slovak experts addressed by Sme agreed, that in the first place, regardless of the composition of plastics, such particles should not be present in drinking water.

“Fibres, especially like in polyamide or polyester, are flexible but also quite rigid,” Ivan Chodák of the Institute of Polymers of the Slovak Academy of Sciences (SAV), said. “Thus, there is a small but not zero chance that they could get stuck somewhere in the human body, for example in the digestive tract.”

Not all scientists see reasons for concern, though. Ordinary foodstuffs are absorbed in the digestive system.

“But plastics do not degrade in this way, and so there is no way they could go from the intestine into the body,” said Jana Jurkovičová, head of the Institute of Hygiene at the Medical Faculty of Comenius University in Bratislava. She added not to overestimate the US research, as she does not know exactly the procedures of the American researchers, and the results have not even been published in scientific magazines yet.

The scientists from Orb Media announced that their study will be published in a peer-reviewed magazine by the end of this year. They also admitted, though, that it is too early to answer what the impact and implications of the plastics found in drinking water could be.

Plastic micro-fibres not followed yet

Until now, Slovakia, like many other countries, has not followed the presence of plastics in water. Meanwhile, plastic fibres have been confirmed in many places, including the gills of sea fish. The places where micro-particles were found in water include Indian villages as well as Trump Grill in New York, even Orb Media headquarters.

Not even the World Health Organization has issued any recommendation, and the European Union has no directives. However, it has now asked Orb Media to describe its analytical methods and processes.

The Bratislava Water Management Company (BVS) agreed that the results, and above all the methods, must be closely scrutinised. As BVS prepared drinking water from underground, and not ground-level sources, it deems the micro-plastics in its water improbable, even in trace amounts.

Both the Environment and the Health Ministry have transferred the responsibility and the task of dealing with the study and its consequences to the ÚVZ.

The problem is that not even scientists know how the plastics get into water, or what health impacts they may have; and Orb Media researchers were only able to trace particles measuring more than 100 micro-metres. However, smaller particles requiring a much more demanding method could be potentially more harmful to human health.

Sherri Mason of Orb Media, expert in micro-plastics from New York State University, elaborated the methods which Mary Kosuth then executed at Minnesota University. Volunteers collected 150 samples of half a litre of water from all over the world including Slovakia. Even samples marked as drinking water contained micro-plastics, although to a lesser extent.

It is not known precisely where the micro-plastics come from; but one of the possible sources may be synthetic fibres in clothing, while another could be polluted air, including atmospheric waste. This might explain why micro-particles were found even in the most remote sites of the globe.

The extent to which they could harm people depends, among other things, on whether they are pure plastics, or their compounds, opined Pavol Alexy, macro-molecular expert of the Slovak University of Technology. The size is crucial as well. Particles measuring nano-metres could penetrate cell walls and create a major problem. Bigger particles should not constitute considerable harm, being excreted from the body. As they are not edible, though, they should not exist in drinking water anyway.

Activist Daniel Lešinský opined that micro-plastics may be the products of degraded common plastic items that entered river water, for example. Ivan Chodák disagrees, noting that how micro-particles may have penetrated water must be researched in more detail.