For Russia, the path to a weakened China could be through a major nuclear accident in North Korea. 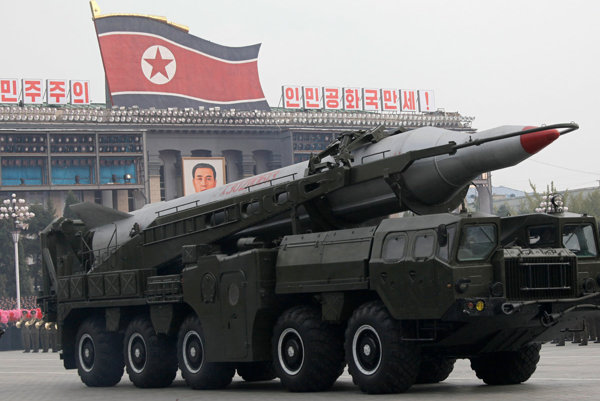 In early August 2017, German rocket scientist Robert Schmucker published in the Deutsche Welle his opinion that North Korea´s ballistic missiles program can only exist due to transfers of Russian and Soviet rocket engines and components. Schmucker stopped short of accusing Moscow of providing Pyongyang with technology intentionally. Five days later, the New York Times published an article linking North Korea missiles to Ukrainian rocket engines. The president of Ukraine immediately issued orders to investigate such a possibility, while Ukrainian analysts quickly pointed out the Russian family links of the main source of the NYT article, missile expert Michael Elleman.

What is Ukraine's motivation?

Here we are in September 2017: a North Korean ballistic missile was flown over Japan, followed by the strongest North Korean nuclear test so far. More is promised to follow.

The sudden acceleration in Pyongyang´s rocket program – dozens of ever-stronger missile tests since the beginning of 2017 dwarf anything before – is most likely catalyzed by engines and components that have come to North Korea from the outside. While Russian or Ukrainian weapon smugglers could possibly deliver some of them, it cannot be excluded that at least some, if not all, rocket components are being delivered by state actors.

But why should any government help Pyongyang to build the ballistic missile and atomic bombs?

There is nothing Ukraine´s government could get from assisting North Korea: quite the contrary, for a country aspiring for future EU and NATO membership, such a move would be suicidal. Back in 1994 Ukraine – then the country with the third-largest arsenal of nuclear weapons – agreed to give up all her nuclear arsenal, being misled by security “guarantees” from the United States, United Kingdom and Russia. Even after a blatant betrayal by the US and the UK after the Russian occupation of Crimea in 2014 followed by the armed invasion of Eastern Ukraine, to go against the West does not make a drop of sense for Kiev.

The opposite holds true for Moscow. Not only does Russia have a direct border with North Korea, so deliveries of rocket engines from Russia could be easily disguised, but Russia´s anti-Western and anti-American positions and rhetoric are notorious and visceral. Anti-Americanism and anti-Europeism actually play an entirely central role in Russian internal politics, serving to hide domestic corruption and decline. This key role was, until the 2016 US presidential election, deeply under-reported in the Western media and underestimated by the Western public and politicians.

Rather, it has become common wisdom recently that North Korean missile and nuclear programs may very well be welcomed by Russians, not only for making life more difficult for Washington but also for distracting American attention from Russian moves elsewhere, especially in the US itself. From this perspective, clandestine support for a North Korean missile program and possibly also for a nuclear program could make sense to Kremlin strategists. US-based Russian author Alexander Nemets goes so far as calling North Korean missiles merely a semi-autonomous branch of Russian Strategic Rocket Forces.

But "entertaining" the US may not be the true reason for eventual support from Moscow for Pyongyang. In fact, it could be just a suitable distraction in a more strategic and vital game.

Many Russians are aware that despite Moscow's vitriolic anti-Western rhetoric, the West is no real threat to Russia. All that Europe needs from Moscow is oil and natural gas – and Russians are eager to sell it, as the EU is by far their largest and most reliable customer and a key source of income. The US economy for its part would not even notice if Russia suddenly disappeared from the Earth - so small and insignificant is the Russian economy.

Unlike the US and Europe, there is one country which does need Russian water, land, minerals and other natural resources. The country which actually controlled much of what is now Russia before being pushed out and eventually forced to sign, under Russian guns, treaties in 1858 and 1860. Many Russians fear that the day will come when this country will reclaim the stolen land.

The country is North Korea’s largest neighbor and protector - China. An economic and military superpower which dwarfs Russia in everything except territory and number of nuclear warheads. The population giant which, when confronted with progressing climate change, will need more and more Siberian water and agricultural land. East of the Lake Baikal lies territory almost as large as the contiguous United States and inhabited by just 6.5 million people. Hundreds of millions of Chinese look across the border into this huge emptiness. When China decides to move in, there will be no way that Moscow could stop it. Not if China is as strong as it is today.

Could China become much weaker – too weak to be able to challenge Russians? Maybe. The path to a weakened China could be through a major nuclear accident in North Korea. A very specific “accident”. The explosion of a strong nuclear head on a ballistic missile “tested” several hundred kilometers above the territory of North Korea could generate an electromagnetic pulse capable of knocking out electric infrastructure and electronic devices for millions of square miles below the epicenter. Prolonged loss of electricity would have devastating and lasting economic effects on all affected advanced economies: China, South Korea and Japan. In a worst-case scenario, it could throw them into economic, social and political chaos.

China may well be the main target and future victim of what appears on the surface as the “North Korean missile and nuclear arms program”. Many in the West tend to believe that the Chinese government is visionary and strategic. Quite the contrary: its blissful ignorance of the threat from a ballistic and nuclear North Korea may prove it as one of the most irresponsible and shortsighted governments of recent history.

Highly speculative? Indeed. So were many other crazy ideas - for instance, the one that Russian interference in the US election may help get the White House someone like its current resident. The temptation to strangle a snake by someone else's hands may be very tempting for Russians, just as the possibility to eliminate South Korean's military technology superiority and economy by knocking out its electronic devices may prove irresistible for Pyongyang. Speculations. Unless proven right.