A Slovak plane carries passengers of a bankrupt British airline

An airplane of a Slovak company is among more than 30 planes of various airlines which helped to transport clients of the bust air company Monarch Airlines. 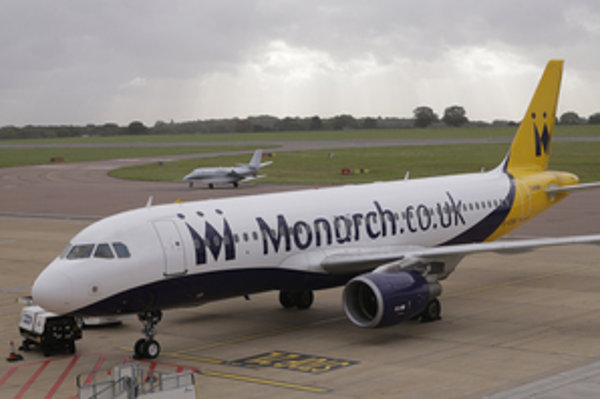 Several hours after Monarch Airlines announced bankruptcy proceedings and ceased flying, planes from various airlines helped to ease the situation which had caused havoc among holidaymakers visiting the UK. More than 30 planes were involved including an aircraft of the Slovak company, Go2Sky, the Etrend.sk website wrote on October 3.

Its plane, a Boeing 737-800 with 189 seats, flew to Barcelona on the morning of October 2, and in the evening, it brought the first passengers to Leeds Bradford airport. The next day, it flew to Faro in Portugal and back, and in the afternoon, the schedule took it from Leeds Bradford to Dubrovnik, and from there, to London Gatwick airport.

Nine return flights are scheduled: to Spain, Portugal, Croatia and Italy, to four airports in the UK until October 8, co-owner of Go2Sky Daniel Ferjanček told etrend.

The curious thing about this situation is that the Boeing which was rented from Go2Sky by the British Titan Airlines company has a sign on its fuselage that says Travel Service Slovakia; the airline which flies Slovak holidaymakers all summer long.