The knife attack by a Slovak citizen of Indian origin on a local man and a Ukrainian sparked unjustified hatred towards immigrants; it was also fanned by some media. 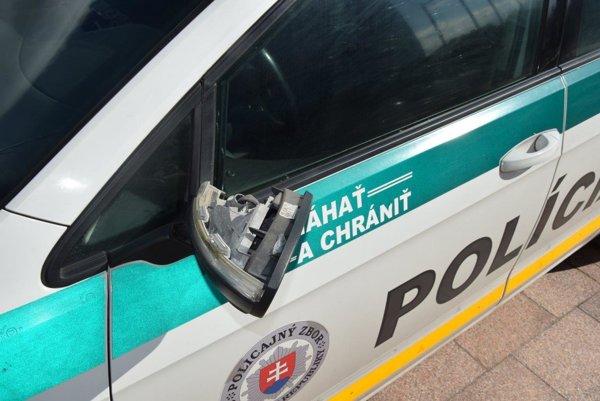 A Slovak citizen of Indian origin, aged 37, attacked a man of the same age from Bratislava and seriously injured another man, a Ukrainian national (aged 33), following a verbal conflict. The incident occurred near the German Embassy in the downtown capital early on October 7.

There was no terrorist motive behind the attack, Bratislava Regional Police directorate spokesperson Lucia Miháliková said for the daily. Instead, it seemed to have resulted from a brawl between two groups raving abount 2:15 in the morning, on Hviezdoslavovo Square close to the German Embassy. Currently, the bereaved have created an improvised tombstone for Balucha on the site, where people brought wreaths and candles.

Street cameras helped police to quickly determine the suspect and detain him. On October 8 they stated that he was detained and charged with murder.

The court will decide on custody for the attacker. If found guilty, he may receive a 15- to 20-year prison sentence.

No immigrant involved, media were wrong

Since the charged man has a Slovak citizenship it means he must have lived here at least eight years before the incident. And he must have been clean in terms of criminal records or criminal prosecution, at least concerning deliberate crimes.

The first news about the fatal incident on tabloid media summoned hateful reactions towards migrants since websites stated that the attacker was a foreigner with dark skin. However, the police stressed on October 8 in the official report that it was not a case of terrorism like what occurred in western Europe during the migration crisis.

In past years, the share of foreigners involved in violent crimes in Slovakia has not essentially changed, according to Sme.