Pezinok Castle is being reconstructed, but its winery is still in operation. 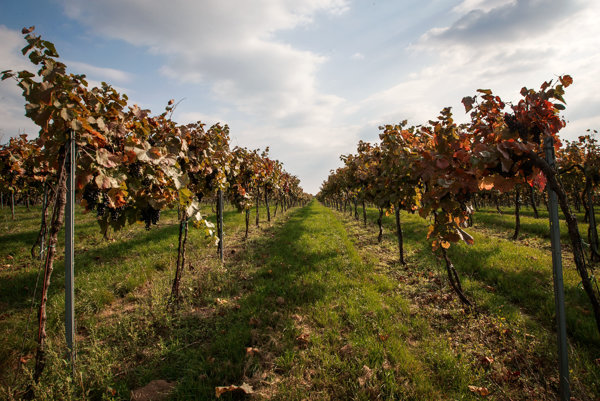 The historical wine cellars of the Pezinok Castle Winery / Zámocké Vinárstvo Pezinok are regularly open on Tuesdays to Saturdays, between 10:00 and 18:00, despite the ongoing reconstruction of the castle. Individual wine tasting is possible outside opening hours, the winery states, adding that its technology combines the old traditions of Pezinok Castle, which has a Renaissance atmosphere, with the modern philosophy concerning the life of wines.

White and rosé wines are produced in line with the flow of time, with fresh colour and fine fragrances, while their flavours are pure, without disturbing elements, according to the Pezinok Castle Winery (Zámocké Vinárstvo Pezinok) partner, Roman Janoušek.

The reconstructed Pezinok Castle is a Renaissance castle lying close to the town centre. Originally it was a mediaeval residence (dating back from before 1270) fortified by moats, i.e. a water castle.

Counts Ivan Krušič, István Illésházy and János Pálffy gradually rebuilt the castle till it achieved its modern appearance. The Pálffy family is also behind the 19th century renovations in a romantic style, suppressing the original mediaeval image of a fortress. The most modern, not very fortunate, changes, were made during World War II by the Slovak Vinicultural Cooperative.