Slovaks produced an electric bike with the help of 3D printer

The electrically-powered bicycle, claimed as the first in the world by its producer, costs the same amount as a new passenger car. 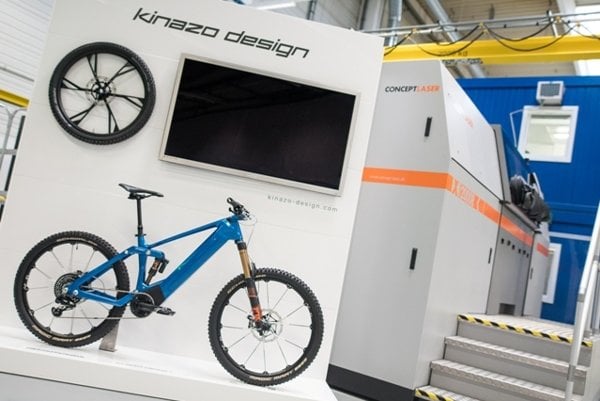 The mountain-bike powered electrically and produced through a 3D printer, which can be tailor-made to suit the individual requirements of clients, was presented by a Slovak company on October 20, the Sme daily wrote. The company claims it is the first product of its type worldwide. Kinazo Design printed it through the Volkswagen printer.

Potential purchasers will pay approximately the same amount for the electric bicycle as for a new passenger car, the daily wrote. The retail price amounts to €20,000.

Every piece is original

“The advantage of 3D printing lies in the fact that each piece can be original,” legal representative of Kinazo Design, Patrik Paul said. He added that 3D printing enables making a bike frame without the necessity of welding the pieces together, and it also enables keeping the design when the firmness of the wheels must be increased. 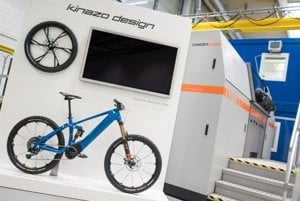 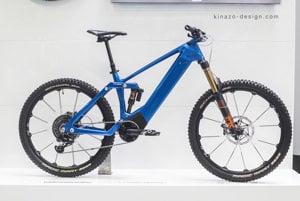 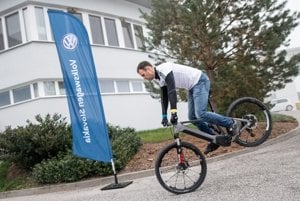 The electric bicycle made by 3-D print (11 photos)

The electric bicycle weighs 20 kilograms, including the engine and the battery. It also made of aluminium, mostly meant for racers and well-off cyclists who prefer to ride in mountainous conditions. Paul estimated the rate of bicycles sold at about a hundred in a year. He added that in the future, the expenses of 3D printing will go down, which will reduce the price of the bike.

Designers started to consider the concept of a mountain electro-bike with an integrated battery in the frame and its own system of controlling the electronics through a mobile application back in 2011. Currently, the company is working printing the frames, which will be meant not only for testing but for clients.

Kinazo Design started cooperating with the Volkswgen plant, located in Bratislava, its Stupava facility using a 3D printer to create components for the automotive industry.

Volkswagen Slovakia is the only producer with a printer big enough to suit our concept of the bicycle, Paul told Sme.

The Stupava Volkswagen plant is, in its own words, one of only a few facilities worldwide that can print a metal object measuring up to 80 x 40 x 50 centimetres. The device enables the individual creation of products, as well as small series.

“Thanks to the innovative possibilities of 3D printing, with the use of globally the biggest 3D printer, we produce for sectors all over the world: prototypes, small series, components, as well as tools and appliances,” Jens Kellerbach, board member for Volkswagen Slovakia finances, informed in a press release. He added that VW Slovakia primarily produces for the automotive industry but they also cooperate with external clients on innovative and technologically demanding solutions.

The unique aluminium frame of the electric enduro mountain-bike, enabling individual features for each piece, is one of them.