Who are the Bratislava region candidates?

None of the strongest candidates mention foreigners. 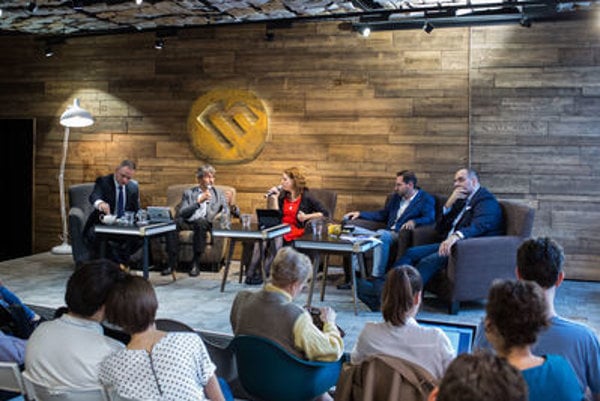 Though the Bratislava self-governing region (BSK) is the region with the highest number of foreigners living there, none of the four strongest candidates address them specifically in their programmes. The main issue of these elections in Bratislava region is transportation.

The Slovak Spectator analysed those candidates for Bratislava’s regional governor who received more than 10 percent in the September survey, conducted by the Focus polling agency. 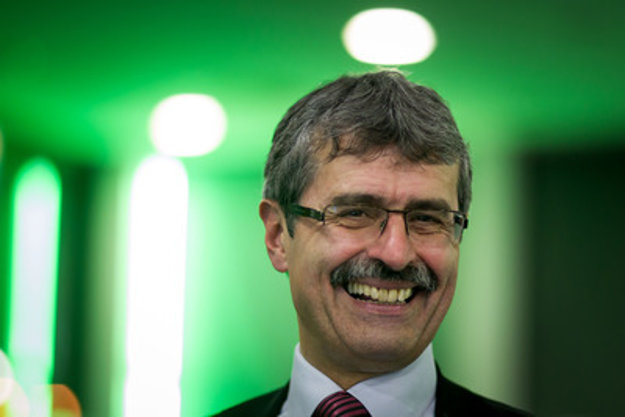 Leader of pre-election polls Milan Ftáčnik (61) is a former member of the Communist party who served as Bratislava mayor from 2010 to 2014 as an independent candidate with the support of the Smer party.

His opponents criticise him for procrastination within that time. For example, he closed the Old Bridge in Bratislava and started the reconstruction but failed to meet deadlines. Subsequently the entire project was delayed by ten weeks. One of the main streets in Bratislava centre, Štúrova ulica, was closed to cars and trams for two years due to the project.

His successor Ivo Nesrovnal opened the bridge in May 2016.

Ftáčnik repeatedly stated that he could not do more because he had to deal with the city’s debts and therefore his biggest accomplishments are not visible.

“We financially cured the city and cut its debt by €40 million within four years,” Ftáčnik wrote on his blog. “People don’t see it and maybe don’t consider it a big result but Bratislava’s development is now on a healthy financial foundation thanks to that.”

He further boasts about 45 new trams and 120 trolley buses, reconstruction of the tram line in the Dúbravka city suburb, anti-corruption measures, the construction of an apartment building and the fight against the overuse of billboards. 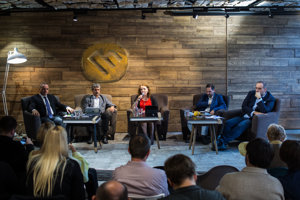 He also wants to change the development of the Bratislava satellite towns because now they are growing without providing sufficient infrastructure to their inhabitants.

Ftáčnik is running one of the biggest campaigns in these elections, saying that he invested €25,000. Businessman Radovan Grohoľ gave him €20,000 and supporters donated €45,000.

He is presenting himself as an independent candidate but the critics point to his close ties with Smer party. 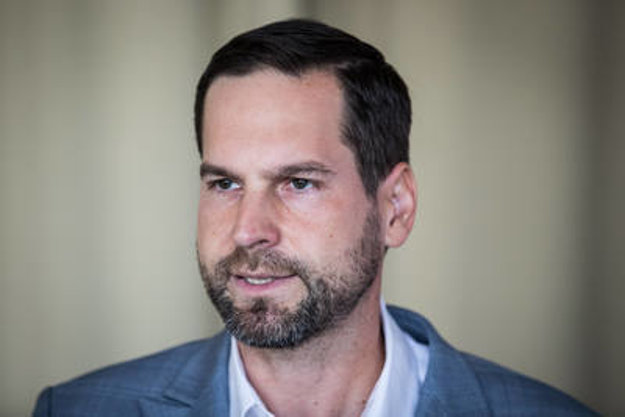 Rudolf Kusý (41) began his career as an activist focusing on youth. He founded the student parliament in the Bratislava self-governing region and the Za Bratislavu – Nové Mesto (For Bratislava – New Town suburb) civic organisation helping citizens to participate in the suburb’s politics.

In 2010 he won elections for the Nové Mesto deputy mayor as an independent candidate. He revitalised the Gaštanica chestnut tree park and created a park at the site of the removed cycling stadium. Kusý also boasts about the reconstruction of schools, playgrounds, creating a social kitchen and making the borough the fourth most transparent in Slovakia, according to the Transparency International Slovakia chart.

On the other hand, Kusý faced several accusations of nepotism. For example, the police accused him of thwarting public competition when awarding a contract to PP Solutions, owned by Peter Kuruc, who also worked in Kusý’s municipal office. The prosecutor’s office later cancelled the accusation in January 2014.

Further, Kusý plans to construct a road bypass of the towns of Pezinok and Modra, at least two new retirement homes, one new sports centre in every district, a culture and relaxation park as well as battle illegal dumping grounds.

In the past Kusý avoided a billboard campaign but he currently has an even bigger campaign than Ftáčnik. He estimates that total costs for his campaign will be €220,000, claiming that he will pay half from his own reserves and his family the other half.

This is very suspicious because people usually do not invest all their money in one campaign for regional governor, according to critics. 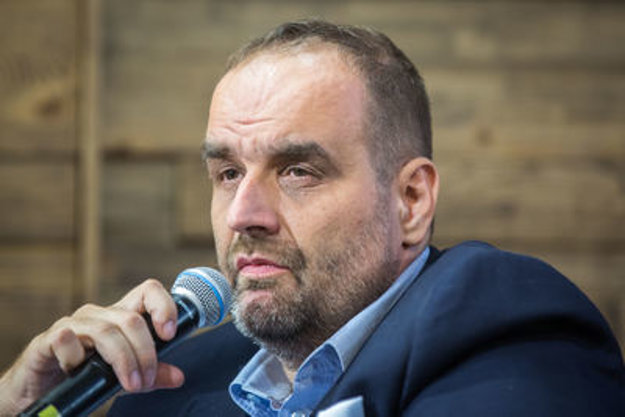 Current BSK head Pavol Frešo (48) has been at this post for two terms i.e. eight years. He also became head of the SDKÚ party in 2012, which in the past established several governments but gradually faded under his leadership. In the 2016 elections the party received only 0.3 percent of votes.

“It is proof that I failed in the case of SDKÚ,” Frešo commented on elections results for Denník N daily. “Regional issues are a totally different league.”

Within the last eight years BSK decreased its debt, launched a donation programme supporting cultural projects and provided unused spaces for cultural or religious institutions as well as opened the Freedom Cycling Bridge connecting Slovakia and Austria, according to Frešo.

Frešo did almost nothing significant in the last eight years and ran the region without scandals yet without results, according to his critics.

His main issue in these elections is public transportation for free. The costs for such a programme should be covered by people living in Bratislava but claim their official residence in other places. 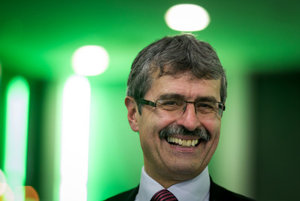 Further, he wants to construct roads that would copy the D1 highway near Bratislava and cycling routes.

He was criticised for his campaign, which should cost around €200,000. Frešo claims that it is paid by him and Peter Núnez, director and head of the advertising agency. This raises questions as to why Núnez wants to invest such money into one candidate, according to critics.

Núnez responded that he did that to practice the running of a campaign. 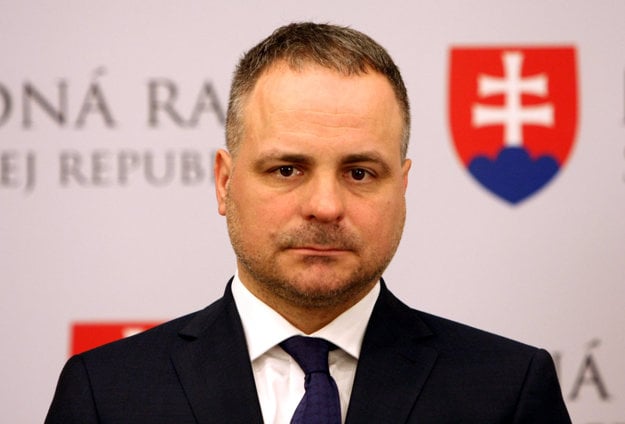 Juraj Droba (46) is one of the SaS party founders and has been representing the party in parliament since 2010. He left the party in 2013 but in 2016 again ran for MP on the party’s candidates list.

In parliament Droba has been focusing mainly on human rights issues. For example, he advocated for faster divorces and rights of the LGBTI community.

Critics point to his past scandal when he bought a flat from Marián Kočner, a controversial businessman whose name appeared on the so-called mafia lists of the Slovak police.

“It was 2006 and I did not know who Kočner was,” Droba told the Sme daily. “Such questions offend me. Are you going to make a gangster out of me?”

Kočner was then already connected to several scandals. Most known was his attempt to occupy private broadcaster Markíza in 1998, when he entered the building with a group of bodyguards.

In the case of being elected governor he promises to improve public transportation such as trams, railways and ship transportation using Danube River. He also wants to increase the number of parking lots.

Besides transportation Droba is planning to increase the capacity of kindergartens and retirement homes, protect the devastation of vineyards and create sobering-up stations to help police and ambulances dealing with such people.

He publicly promised to leave parliament in case he is elected.