Learning to speak can become a hobby

Communication and organisational skills can be mastered even if you’re not born with them. There is a worldwide club that teaches people how. 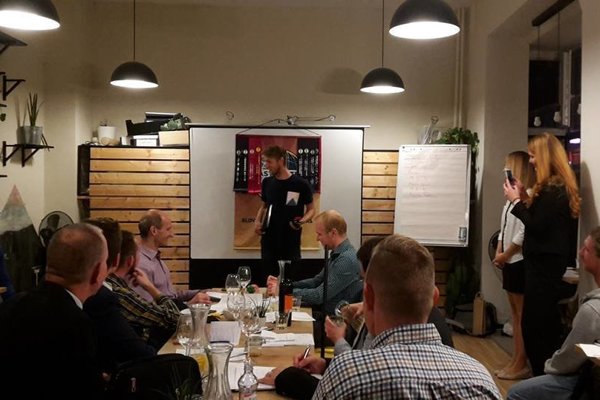 Much daily communication can now be reduced to offhand-typed messages full of abbreviations and emoticons. But public speaking remains an important skill in many walks of life.

Thousands of people who are part of Toastmasters clubs around the world realise this. They have joined the clubs to improve their speaking and leadership skills. Hana Okruhlicová is one of them. She joined Toastmasters in April 2017.

“At work I often had to give presentations in front of strangers or speak on topics from marketing with no time for preparation,” she explained her reason for joining. In the club, she learned to manage such situations. “My presentations now have an added value and professional frame.”

Toastmasters started in 1924 as an educational system, aimed at the development of communication, presentation and organisation skills, explained Andrej Mažáry, one of the founders of Slovenskí Toastmasters.

“Our club is open de facto to anyone,” said Michal Biskorovajný, president of the club Toastmasters Trnava. They welcome advanced speakers who want to further improve their speeches, as well as beginners who want to acquire basic speaking skills. The training takes place under the leadership of skilled speakers in an informal atmosphere.

The first Toastmasters club was established by Ralph C. Smedley in 1924 in Santa Ana, California. Working as an Educational Director at YMCA, Smedley discovered that the boys needed training in speech, so he started a club.

In 1932, Toastmasters International was registered as a non-profit corporation. Today, the organization has more than 345,000 members in 142 countries.

Toastmasters Bratislava was the first Slovak club started in 2008 by Claus Hammer, who brought the concept from Prague. Slovenskí Toastmasters (Slovak Toastmasters) was established in 2011. There are 13 clubs in Slovakia, with seven of them in Bratislava, divided into three areas.