By the end of October, 429 applicants showed interest in a subsidy for purchasing electric cars. 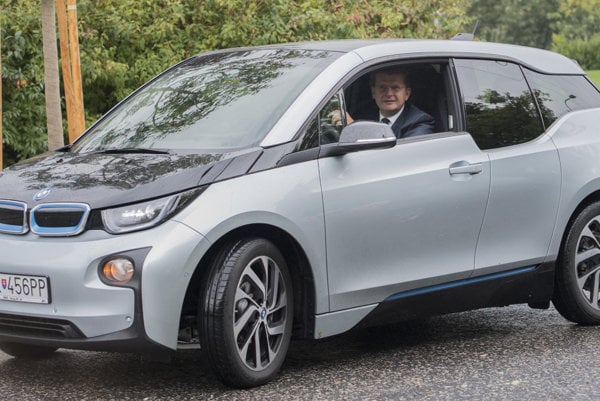 The state introduced subsidies for electro-mobiles one year ago. The scheme was originally supposed to be valid until the end of this year, or until all the money allocated had been used, the Sme daily wrote on November 8.

Now, as this deadline expires, cabinet considers prolonging the subsidy scheme for electro-mobiles and plug-in hybrid cars with an additional combustion engine for yet another term, the Economy Ministry led by Peter Žiga (Smer) said.

“Due to the fact that not all the financial resources have been drawn yet, we consider the possibility of them being used even after this deadline,” ministry spokesperson Maroš Stano informed, as cited by Sme.

The state allocated a total of €5.2 million last year for the support of electro-mobility. Of this amount, €5 million came from the State Recycling Fund and €200,000 from the private Automotive Industry Association (ZAP).

Clients can receive a subsidy of €5,000 for a new solely electrically powered car, and €3,000 for a new plug-in hybrid car, with an additional combustion engine.

Of the total original sum, more that €1.8 million was drawn. The interest in these cars was presented by 429 applicants; of them, 264 applied for an electric car and 165 for a plug-in hybrid vehicle.

Thanks to the subsidy, clients were able to purchase, for example, Nissan Leaf, Volkswagen e-Up!; but also several Porsche Cayenne and Panamera cars. The Volkswagen e-UP! model is produced in Slovakia, including all parts and the assembly.

ZAP is happy with the subsidies.

“All possible tools to boost sales, especially on a price-sensitive market as the Slovak one, must be sought,” said Ján Pribula, secretary general of ZAP, as quoted by the daily.