Lots of material will be reused 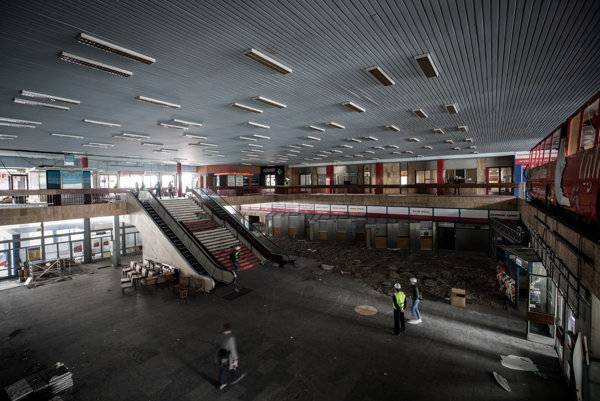 The old Mlynské Nivy bus station is yielding place to the brand new station to be merged with a shopping mall. Developer HB Reavis is gradually dismantling the bus station so that individual materials can be reused. The site should be prepared for new construction in late January.

“Cement from the platforms will be used for foothpaths in our other projects. A specialised firm will process iron and aluminium,” said Martina Jamrichová, spokesperson of HB Reavis.

Part of the facing from the Spiš travertine will be used to renovate the inverted Slovak Radio pyramid. The latter may soon be declared a national cultural monument. The Slovak Radio building was constructed at the same time as the Mlynské Nivy bus station and travertine from the station is practically identical with the one used on the inverted pyramid. 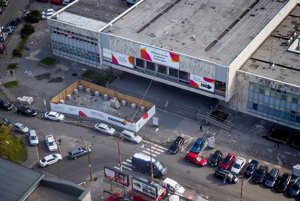 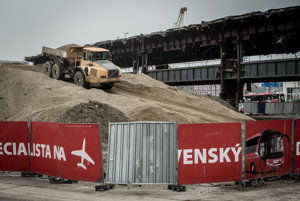 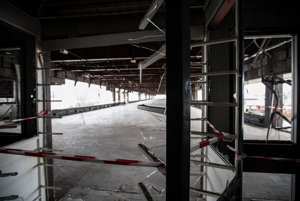 The Slovak Design Museum, the Transport Museum and the Cvernovka Foundation have taken plenty of materials too. The latter took a total of 16 tons, which included benches, ashtrays, chairs and stone facing. They will use the materials for the repairs and equipping of its new location in the former secondary chemical school on Račianska Street.

Cvernovka has also taken into temporary storage the more than three-tonne ČSAD sculpture by Juraj Meliš that used to stand in front of the bus station. It is too big to be stored in the design museum. It will be decided later where it will be re-installed.

Fans of public transport took over the Ikarus buses that served as cafes in the bus station. They will take spare parts from them for the repair of the still operational iconic buses.